What Color Was Abraham?


That is a question that I am often asked. The answer, based on the evidence of Biblical Anthropology (a science), is that Abraham resembled his Nilo-Saharan cattle-herding ancestors whose skin tone was reddish brown. Were we able to test Abraham's DNA, we likely would find that he is in Haplogroup R1b (Y-DNA). Read more here.

Abraham was s a descendant of Adam, whose skin was reddish. Abraham also belonged to the royal priestly caste of Horites, among whom there were red, black and olive complexions. Abraham ruled in ancient Edom which the Greeks called "Idumea", meaning land of red people. Abraham's territory was entirely in the region of Edom. It extended between Hebron in the north to Beersheba in the south. 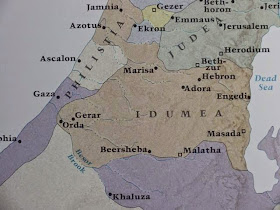 Edo, Edomite, Idoma and Idumea are related words. A variant of Edo is Idu. Idu was the progenitor of the Edo or Idoma of Benin. The ruler of the Edo is called Oba and the first ruler of Petra in Edom was Obodas. Among the Ainu of Hokkaido the regional ruler is called obito and the original name of Tokyo was Edo.


One of Abraham's descendants was Edom or Esau because he was red.  The clan of Seir the Horite (Gen. 36) were Edomites, and as with all the Horites had common physical features because they practiced endogamy. 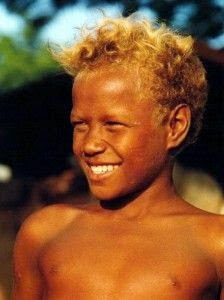 Abraham's grandson Esau inherited his grandfather's red skin tone. We do not know Jacob's coloring, but he may have been darker skinned than Esau. King David is described as ruddy, and as a boy probably looked like this young man.

Having a red skin tone indicates a very ancient genetic lineage, going back at least 18,000 years (Haplogroup R1b).  The Biblical writers appear to have been aware of this. The term "red' involves a range of tones from red-brown to brown-red, as shown in the photos below.

Of course, exposure to the sun affects the skin. In his younger years, when he traveled more, Abraham might have been a darker red-brown like the Beja men shown below:

In his later years, after he was very wealthy and had many servants and sons and had retired to Beersheba, his skin tone was probably lighter, though still reddish, closer to the skin tone of this man:


That said, none can be certain as to Abraham's skin tone, but it is evident that he was not a white European. He was a descendant of Ham and Kush, through Nimrod, and he resided most of his life in Egypt, Canaan and Arabia. Abraham was also a descendant of Shem, but since the lines of Ham and Shem exclusively intermarried, their descendants would have had similar skin tone.

To answer the question, "What color was Abraham?" I suggest that his skin color was like that of the Beja of Sudan, most Egyptians, and the Dravidians of India.  All of these peoples are ethnically Kushite. We are not talking about race here, only skin tone. Genetically humans are 99.7% the same and the term "race" is biologically meaningless.

Abraham's Kushite people spread across vast areas of Africa, the Middle East, the Levant, Europe, India and as far as India, Nepal and Cambodia. Kushites also came to live in Mindanao in the Philippines.

Genesis 17:5 says that Abraham means “father of many” or “father of a multitude.” Abraham was indeed the father of many since he had many children by his two wives and his two concubines.

As Abraham and his people were of Kushite or Nilotic origin, we can call them Africans.  Here is what we must remember when we consider African populations: Geneticist, Kenneth Kidd, was said, “In almost any single African population or tribe, there is more genetic variation than in all the rest of the world put together."

“Africans have the broadest spectrum of variability, with rarer versions at either end [of the bell curve distribution]. If everyone in the world was wiped out except Africans, almost all human genetic variability would be preserved.” (From here.)

As the Kushites and Nilotic peoples spread across the ancient Near East, and married with other populations the genetic variation became less. The farther the populations is from Africa, the less genetic diversity. This is not necessarily true, however, for the Biblical Horites (Horim) because these ruler-priest lines exclusively intermarried.

Among Abraham's Horite people social status and occupation were passed from father to son, but the son's ethnicity was that of his mother. It is important to know the ethnicity of the mothers to understand the ethnic complexity of Abraham's descendants.

By Sarah, Abraham had Isaac, the father of Israel. By Keturah, he had six sons and the first-born was Joktan, an Arabian with ties to the people of Sheba. The Joktanite Tribes of Arabia are his descendants. By his concubine Hagar, he had Ishmael of Al-Paran, an Egyptian, and by his other concubine Masek, he had Eliezar. Masek was Keturah's maidservant, just as Hagar was Sarah's maidservant.

We are not told how many daughters Abraham had, but it is certain that he had daughters as well as sons. His daughters are not named because the genealogies list only first-born sons, those who would rule.

The Hebrew form of Abraham is Avraham. A variant of the name – Abram – means high father, indicating a man of high estate, a fact recognized by the Hittites who referred to Abraham as “a prince among us” when he approached them about buying land to bury Sarah (Gen. 23:6).

The most likely explanation for the name Abraham is the most obvious. Ham in Arabic means burnt. Abraham means “burnt father” and refers to his skin color. The Nilotic peoples were referred to as burnt. Abraham was a descendant of Ham and Shem because the royal lines of Ham and Shem intermarried exclusively. These ancestors of Abraham were Kushites and their skin color ranged from black to reddish brown.

King David, one of Abraham’s most famous descendants, was said to be of a burnt skin color. He is described as ruddy, which means that he had a reddish skin tone like that of Egyptians who work in the sun (I Sam. 16:12; 17:42). The Hebrew word for ruddy is adom and it is related to the word edom and to the word adam. God formed the man "Adam" from the red clay which swept down into the Nile Valley from the Ethiopian highlands. 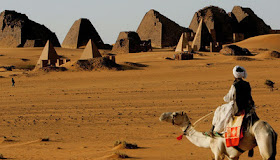 The Hebrew adam is related to the Hamitic/Hausa word odum, meaning red-brown. The story of the creation of the first man comes from the Nile and probably dates to the time before the Kushite rulers. It indicates that Abraham and his Ainu people had a red skin tone.


Related reading:  Solving the Ainu Mystery;  The Edomites and the Color Red; Who Were the Horites?; Rekindling Ancient Memory; Who Were The Kushites?; The Christ in Nilotic Mythology; Abraham's Concubines; Who Was Eliezar of Damascus?; Race and the Bible; The Kushite Dispersion