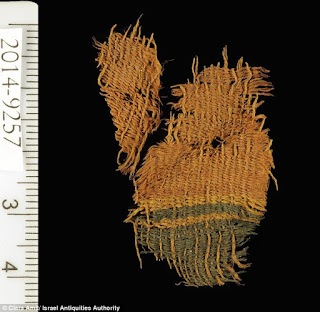 Seeds produce plants when they fall to the ground. Human semen produces humans. The seed that should fall to the earth is the seed of plants, which spring forth from the earth. The seed of man should fall on his own type (the womb), from which man comes forth. Clement of Alexandria wrote, “Because of its divine institution for the propagation of man, the seed is not to be vainly ejaculated, nor is it to be damaged, nor is it to be wasted” (The Instructor of Children 2:10:91:2 A.D. 191). In the Biblical worldview onanism represents a violation of the divine order in creation.

Er was married to Tamar, the daughter of a Horite priest, but he "offended Yahweh and Yahweh killed him."  Following the levirate law, Onan then married Tamar to produce an heir for his dead brother.  Here we encounter a clue that this story is a late interpolation intended to slur the Canannites. It falls in the same category as the curse of Ham and the incest of Lot.  It clearly represents a time well after the people named in the story because it fails to recognize that Er already had an heir.