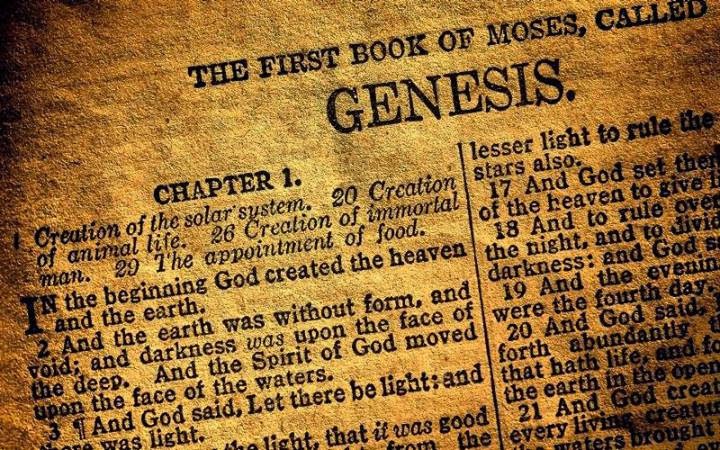 "There are two fundamentally different battles raging in the current debates about evolution. The first pits nearly the entire scientific community against creationists, who believe that they are upholding the veracity of Scripture by denying that evolution happened at all. The second battle concerns not the fact of evolution but the standard neo-Darwinian explanation of it, and the issues at stake are primarily philosophical and scientific."--American physicist Stephen M. Barr

I did not watch the Ken Ham-Bill Nye debate because it was bound to get my blood pressure up. My students wanted to talk about it on Wednesday and gave me the details and their opinions. Listening to their descriptions, I was reminded of the story of the elephant and the blind men. At least Nye touched the beast.

Both men failed to address the deeper questions surrounding evolution. Ham is ignorant of the science. He only knows to respond with the YEC talking points. Nye did not distinguish between the aspects of evolution that are absolutely factual with substantial physical and genetic evidence and the aspects that are theoretical still lacking substantial physical evidence. In other words, the public is no more enlightened on mutation, adaptation, common ancestry and natural selection than before the debate. Again, we were faced with a false choice between biblical illiteracy and biblical literalism.

That's all I have to say on the subject. For those who wish to read more I recommend (but do not necessarily agree with) these responses:

A Ken Ham Nightmare: Human Foot Prints Found Below Ice Age Deposits
Ken Ham Does Not Speak For Me
Faith and Science: A dialogue, not a debate (Conversation with Ian Barbour)
The Ham-Nye Creation Debate: A Huge Missed Opportunity
BioLogos Conversation: Ken Ham vs. Bill Nye
#HamOnNye Post-Debate Round-Up
On Gaps and Overlaps


Related reading: Smoking Gun Evidence of an Ancient Earth; Is Scientific Dating of Fossils Reliable?; YEC Dogma is NOT Biblical; Objections to the Fundamentalist Reading of Genesis 1-5; Biblical Anthropology is Science; The Battle Over Genesis; The "Science Guy" Reveals His Ignorance; Millions of Years a Stumbling Block; A Scientific Timeline of Genesis; Science Journalists One Cause of Americans' Ambivalence?; Bishop Ussher Goofed

I hadn't watched the debate either and don't intend on it. Something that has stuck out for me however is the real fact that neither person has a graduate degree. Furthermore, Mr. Nye's bachelors is in engineering - Mr. Ham's is in biology at least. Yet both are viewed as "experts". Mr. Nye has made a career of science and that's all well and good, but academically speaking he cannot teach anything more than freshman, introductory level courses. This isn't to say that he isn't educated nor spent time studying what his focal interest is. Similarly, Mr. Ham has clearly made a career pounding his particular interpretation and I guess that makes him an expert in that specific P.O.V. In reality, neither of them are necessarily experts. Frankly I find quite a lot of people who either claim to be or are given the label of expert to not really be so.

In about a year I'll have a Master's degree in hand - in GIS - but I most certainly won't be an expert on the subject. Personally, I wouldn't feel like an expert in the subject if I went on and got a PhD in the subject. But spending decades immersed in a topic/field is different than 6-8 years getting a degree.

I find both men boorish. Mr. Ham pounds the Bible, Mr. Nye throws dirt. There's nothing wrong and everything right with promoting the Gospel, but just as with the pro-life movement, you don't need to use - and instead it can work better if you don't - the Bible to "prove" a scientific view. Anti-abortion activists have figured out that a sound argument against abortion can be made without resorting to the Bible. Surely a sound argument can be made for Creationism without resorting to the Bible.

At the end of the day, both men are operating on faith. Mr. Ham is ignorant in how to promote science and faith; Mr. Nye is blind to what his beliefs truly boil down.

These days anyone can be taken as an expert, as long as they support your viewpoint!

I am reminded of something that Dorothy L. Sayers said in the opening of her 1947 Oxford address on education. "That I, whose experience of teaching is extremely limited, should presume to discuss education is a matter, surely, that calls for no apology. It is a kind of behavior to which the present climate of opinion is wholly favorable. Bishops air their opinions about economics; biologists, about metaphysics; inorganic chemists, about theology; the most irrelevant people are appointed to highly technical ministries; and plain, blunt men write to the papers to say that Epstein and Picasso do not know how to draw. Up to a certain point, and provided that the criticisms are made with a reasonable modesty, these activities are commendable. Too much specialization is not a good thing. There is also one excellent reason why the veriest amateur may feel entitled to have an opinion about education. For if we are not all professional teachers, we have all, at some time or another, been taught. Even if we learnt nothing--perhaps in particular if we learnt nothing--our contribution to the discussion may have a potential value."

Read it all here: http://teachgoodwriting.blogspot.com/2008/01/dorothy-sayers-lost-tools-of-learning.html

I'm reminded also of how G.K. Chesterton encourages us to defend the boorish. He wrote, "There is no such thing on earth as an uninteresting subject; the only thing that can exist is an uninterested person. Nothing is more keenly required than a defence of bores. When Byron divided humanity into the bores and bored, he omitted to notice that the higher qualities exist entirely in the bores, the lower qualities in the bored, among whom he counted himself." (Heretics, p. 38)

Wading Across said "Something that has stuck out for me however is the real fact that neither person has a graduate degree."

This to me is as offensive as anything that might have been said in the debate. The rather modern idea that to be an expert one must have all sorts of degrees and letters either before or after one's name is exasperating!

My mother who was born in 1915 did not have the option, as most women did not, to go to college and even have a bachelors degree. And yet she was bettered educated than I (who had the opportunity to do post graduate work) and probably the majority of the people who read these posts. That is because she was a life long learner, constantly studying and reading. You are right that spending decades immersed in a subject is different from getting a degree in 6-8 years. In fact, which of the two do you think would have more knowledge of the subject?

My father born in 1908, who also never attended college, apprenticed to become an architect. I would put his knowledge up against any D Arch or Arch D. He not only designed, he supervised the construction every building he ever designed. He could tell you the exact number of boards you would need to complete a building. But in your opinion, he was not an expert in his field.

Shame on you for believing that someone can only be properly informed if they have studied under some bozo at some school (and you must admit that there are plenty of those out there - remember the old adage: those who can, do; those who can't teach)!

Actually, I view it as a positive that neither Ham nor Nye have a graduate degree for the precise reason that there are quite a lot of people who are clearly very experienced in their area of interest, career, focus, etc. and can exposit about it. Or even for people who have a general interest, that they can talk about a topic with some weight behind their words. What I mean is that while there are many who claim to be experts or are accepted as experts and might not really be, so too are there many who are experts and yet aren't viewed as such. What I'm getting at is that in an elite or purely academic setting, neither person would be given full acceptance except perhaps due to biases. Further, I think the lack of a graduate degree for both men is a boon for people in general who wish to discuss and debate or teach about a topic that is dear to them and that they are knowledgeable in. The truth will bear out, the truth will always be there, whether we chose to accept it or not. The truth can be told by an academic with a PhD just as surely as someone who never completed high school. A graduate degree is not necessarily the be all and end all of proof of expertise in subject. I think my initial comment has been misunderstood.

The world has a very fuzzy definition of what makes or who is an expert. There are different variables depending upon circumstances but even then it often boils down to biases and beliefs, views. Thus, in one sector of a population a particular person is viewed as an expert and yet in another that same person is not.

Some people are viewed as "experts" and yet aren't experts and vice versa.

Similar to your story, I know a man who only has an associates degree and yet has his own architectural firm employing nearly a dozen people and has won many achievements, awards and accolades as his business continues to grow. Surely he is as much of an expert as an architect with a full bachelors degree or more. And yet, other than as a guest lecturer he'd probably not be able to teach much on any college campus, introductory classes at most.

Again, I saw in this debate a positive for those who are clearly well versed in their area of expertise and interest and yet do not have graduate degrees or an alphabet soup of suffixes behind their name and yet wish to talk about a subject that is near and dear to their heart.

The Pragmatists' anti-metaphysical hold on American education assures that the acclaimed experts are not deep thinkers. Without metaphysics there can be no deep thought and no integration of learning. See:
http://justgreatthought.blogspot.com/2013/04/pragmatism-and-education-in-america.html

Alice, thank you so much for your research and blog. I am in my senior year at an evangelical university and taking a course in Genesis, but cannot reconcile with what's being taught. Your work has encouraged my faith in a way that words fail right now.

Adam, I am so grateful for your response. May the Lord Jesus, who is Christ our God, be praised!