The Maleness of Jesus 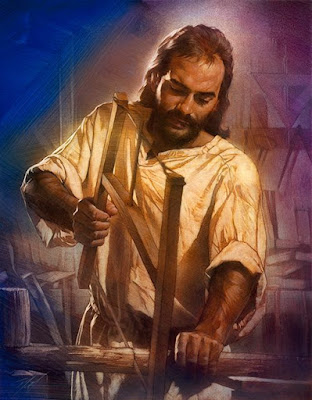 The maleness of Jesus is part of the Holy Tradition received from Abraham and his Horite Hebrew ancestors. It is not a matter for negotiation. To set aside the historical reality of Jesus as the Son of the Father is to eviscerate the Messianic Tradition and to denigrate the Gospel to simply another religious path.

Holy Tradition, as it is received from Jesus and the Apostles, has two categories: kergyma, and ecclesiastical order and discipline. The first is non-negotiable, and the second tends to accommodate to local conditions. The "priesting" of women touches on the first category. Women's ordination would not have become a divisive issue if Anglicans had held to the received tradition.


The royal priesthood of Jesus Christ is the foundation stone of the Church. Understanding the antecedents of the Church's priesthood is essential if we are to rebuild the foundations of the New Jerusalem. We cannot rebuild unless we know where the walls were and how they were sited and aligned. We cannot restore a firm foundation unless we understand the work of our ancestors in the Faith. Antecedents matter!

The Church is divided, yet there is but one Priesthood - that of Jesus Christ, the Eternal Priest - whose priesthood is given to the Church. The priesthood is a unique gift and it speaks of Jesus Christ, so we must get it right or we send a false Christological message to the world, such as that delivered by Presiding Bishop Curry at the recent Royal Wedding.

Having read a great deal of Feminist literature, I am no longer surprised by the bizarre constructions they present on Jesus, the Church, and the priesthood. Agenda driven "scholarship" is not true scholarship. Attempts to justify women priests by pointing to imagined examples of women who were priests are hollow and without substance. The only women of the ancient world who are called "priests" practiced pagan religions. They do not represent the ruler-priest caste of the ancient Horite Hebrew. They are not heirs of the Messianic Faith.

Feminists attempt to make the Virgin Mary a priest. She was not. Nor was Phoebe, Lydia, Juna, etc. None of these were priests. The Christ-following priests of the early Apostolic period were associated with the Sanhedrin. Two are named in the Bible: Nicodemus and Joseph of Arimathea. Joseph and Jesus Christ were kin, both descendants of the ruler-priest line of Mathea (Matthew).

St. John Chrysostom wrote in his treatise on the priesthood:


"For the priestly office is indeed discharged on earth, but it ranks among heavenly ordinances; and very naturally so: for neither man, nor angel, nor archangel, nor any other created power, but the Paraclete Himself, instituted this vocation, and persuaded men while still abiding in the flesh to represent the ministry of angels. Wherefore the consecrated priest ought to be as pure as if he were standing in the heavens themselves in the midst of those powers."


In "The Veiling of the Virgins" Tertullian speaks of the sacerdotal life as a "male function," and St. John Chrysostom wrote, "When one is required to preside over the Church, and be entrusted with the care of so many souls, the whole female sex must retire before the magnitude of the task, and the majority of men also.” (On the Priesthood)

That seems clear enough. Yet some want to prolong the debate. Some are compromised and cannot easily defend the received tradition. Anglican bishops who are married to priests should recuse themselves from the discussion. None should consider it worthy of Christ to promote anything that causes confusion, engenders strife, or brings division to the Body of Christ.

In his treatise On the Holy Spirit, St. Basil the Great wrote:


“Every man is a theologian; it does not matter that his soul is covered with more blemishes than can be counted. The result is that these innovators find an abundance of men to join their factions. So ambitious, self-elected men divide the government of the churches among themselves, and reject the authority of the Holy Spirit. The ordinances of the Gospel have been thrown into confusion everywhere for lack of discipline; the jostling for high positions is incredible, as every ambitious man tries to thrust himself into high office. The result of this lust for power is that wild anarchy prevails among the people; the exhortations of those in authority are rendered utterly void and unprofitable, since every man in his arrogant delusion thinks that it is more his business to give orders to others than to obey anyone himself."


Despite what feminists argue concerning women in the Church, there is not a shred of evidence in the Bible that even one woman served as a priest.

Despite what rights activists might say, Jesus was not gay, homophobic, or a misogynist.

He was not illegitimate. The only scandal raised surrounding his miraculous and prophetic birth was raised by His enemies. He was conceived and born exactly according to the expectation of Messiah's appearing. What is written concerning Him in the Bible is entirely consistent with the expectation of the long-awaited Messiah.

The ministry of priests in the Church is not of human origin or human invention. It is the gift of the Messiah to those men who are called to priestly ministry. This office developed organically from the Horite Hebrew priesthood of Abraham's ancestors. Animal sacrifice, circumcision, ritual purity, and sacred moral codes originated with them. They alone believed that the Creator (Ra/Ani) is Father to His Son (Horus/Enki). That is where the evidence of Scripture, anthropology, linguistics, and genetic studies leads us. Fr. Thomas Hopko is correct in saying, "In his actions in and toward the world of his creation, the one God and Father reveals himself primarily and essentially in a 'masculine' way." (Women and the Priesthood, p 240)


The priestly function was exclusively the work of a select group of men, a caste of royal priests whose devotion to the worship of the Creator involved, by today's standards, extreme asceticism and purity of life. That there were priestesses in the Greco-Roman world is irrelevant to the question of women priests in the Church because this practice has no connection to the priesthood represented by Jesus Messiah and his followers. Failure to make this distinction has led to much confusion and obfuscation.

Related reading: Freeing God From Gender and Tradition; The Priesthood is About the Blood; Why Women Were Never Priests; Why God is Father and Not Mother by Mark Brumley; Anglican Fudge: Women Priests