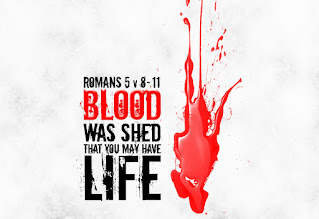 Alice C. Linsley
Paul’s authority in the Church is undisputed. However, he is hated by some because of his uncompromising defense of the Gospel. The Church has the Apostle Paul (and four Evangelists) to thank for its confessional of redemption by the Blood of Jesus. His confessional approach has rivals in modernist theology.
What is meant by Paul’s “confessional hermeneutic?” It is based on a conviction that spiritual authority rests not with human institutions and hierarchies, nor with works of piety, but with the Incarnate Word whose blood was shed for the life of the world.
Clearly, the Reformation came out of a cultural context very different than that of Paul in the first century. However, Martin Luther’s argument with Rome does touch on a Pauline understanding of the Blood of Jesus. The Pope cannot remit guilt. To claim that is to claim saving power equal with the Blood of Jesus. Luther disputed this in the first eight of his theses.
Disputation On The Power And Efficacy Of Indulgences Commonly Known As The 95 Theses

“Out of love and concern for the truth, and with the object of eliciting it, the following heads will be the subject of a public discussion at Wittenberg under the presidency of the reverend father, Martin Luther, Augustinian, Master of Arts and Sacred Theology, and duly appointed Lecturer on these subjects in that place. He requests that whoever cannot be present personally to debate the matter orally will do so in absence in writing.

1. When our Lord and Master, Jesus Christ, said "Repent", He called for the entire life of believers to be one of penitence.

2. The word cannot be properly understood as referring to the sacrament of penance, i.e. confession and satisfaction, as administered by the clergy.

3. Yet its meaning is not restricted to penitence in one's heart; for such penitence is null unless it produces outward signs in various mortifications of the flesh.

4. As long as hatred of self abides (i.e. true inward penitence) the penalty of sin abides, viz., until we enter the kingdom of heaven.

5. The Pope has neither the will nor the power to remit any penalties beyond those imposed either at his own discretion or by canon law.

6. The Pope himself cannot remit guilt, but only declare and confirm that it has been remitted by God; or, at most, he can remit it in cases reserved to his discretion. Except for these cases, the guilt remains untouched.

7. God never remits guilt to anyone without, at the same time, making humbly submissive to the priest, His representative.

8. The penitential canons apply only to men who are still alive, and, according to the canons themselves, none applies to the dead.”

It is not a coincidence that Martin Luther came to these conclusions by reading Paul’s Epistles. Paul’s confessional hermeneutic is centered on the Blood of Jesus. He never allows philosophical speculation to lead the Gospel away from the comprehensive reality of the Blood of Jesus. All the things of God are realized in His Blood. All suffering, which many religions attempt to explain apart from Christ, or to avoid through asceticism and enlightenment, are made meaningful by His Blood. All worldly striving is shown to be futile by His Blood. In historic Lutheran theology, this focus on the Lamb's sacrifice is called “the centrality of the Cross.”
The greatest strength of Lutheran theology has been the insistence on the centrality of the Cross. The deficiency is that the Cross is too often seen as bloodless, which is to miss the point. Jesus’ death could have taken place in many ways. He could have been beheaded or driven through with a spear. He died on a cross in fulfillment of the prophecies that he would be hanged on a tree. Jesus’ Cross is the new Tree of Life, from which we were driven by our sin in the beginning. The shed Blood of Jesus must be regarded as “restorative”. By His Blood we are restored to Paradise and the divine image is renewed.
In a very real sense, the waters of baptism are Jesus’ Blood making us clean and restoring the divine image. I first perceived this in a vision that I had in 1990 while sitting in St.Paul Episcopal Church, West Whiteland, Pennsylvania. I was alone in the church and suddenly everything around me disappeared except for the stone baptismal font which had replaced the altar, front, center and elevated. An angel appeared above the font, and from a golden pitcher poured blood into the font. I knew that it was the Blood of Jesus and I slipped to my knees, overwhelmed by His holiness.
Remembering that the Apostle Paul was thoroughly steeped in the Hebrew worldview, we must look there for an explanation as to how blood can be both contaminating and purifying. Linguists are able to trace the linguistic connections between many languages in the Afro-Asiatic family. Here is a significant finding: The Hebrew root "thr" = to be pure, corresponds to the Hausa/Hahm "toro" = clean, and to the Tamil "tiru" = holy. All are related to the proto-Dravidian and ancient Egyptian "tor" = blood. Among the Horite Hebrew (Abraham's ruler-priest caste) all blood that was shed was to be accounted for as it was believed to have power. There were rituals appropriate to all blood that was shed; for women after childbirth and for hunters after the kill. For warriors the ceremony was to relieve blood guilt, something that conributes to post-traumatic stress disorder. In Genesis 14, Melchizedek ministered to Abraham after combat and the ceremony involved bread and wine.
The Apostle Paul refers to the power of Jesus' shed blood no less than twelve times in his writings. Because God makes peace with us through the Blood of the Cross, he urges “Take every care to preserve the unity of the Spirit by the peace that binds you together” (Eph. 4:3). Paul's confession of the saving Blood of Jesus informs his understanding of Baptism and the Body of Christ. He continues: “There is one Body, one Spirit, just as one hope is the goal of your calling by God. There is one Lord, one Faith, one baptism, and one God and Father of all, over all, through all and within all” (Eph. 4:4-5).
The blood of the saints is precious to God because it is the Blood of His eternal Son, by which we are restored to union with God and therefore made one body in Him. Writing to the Ephesians, Paul says: "But now in Christ Jesus, you that used to be so far apart from us have been brought very close, by the blood of Christ. For He is peace between us, and has made the two into one and broken down the barrier which used to keep them apart, actually destroying in His own person the hostility caused by the rules and decrees of the Law. This was to create one single man in Himself out of the two of them and by restoring peace through the Cross, to unite them both in a single body and reconcile them with God. In His own person He killed the hostility... Through Him, both of us have in one Spirit our way to come to the Father" (Eph. 2:13-14).
Related reading: Jesus' Blood Cleanses; St. Paul's Application of Greek Philosophy; Water and Blood; Blood and Binary Distinctions; On Blood and the Impulse to Immortality
Posted by Alice C. Linsley at 8:46 AM

Can I thank you enough? I come to the blog and get almost constant affirmation and encouragement for priestly ministry. January 23rd will be my 20th anniversary as a priest, and what a blessing to have Just Genesis in the run up!

John, in both his Gospel and letters, points to the importance of water, blood and Spirit. "This is the one who came by water and blood—Jesus Christ. He did not come by water only, but by water and blood. And it is the Spirit who testifies, because the Spirit is the truth." (I John 5:6) When a priest baptizes, chrismates and then celebrates at the altar, water, blood and Spirit are all there, both under outward and visible signs and as inward and spiritual grace.

Anyway, I'm rambling but wanted to say thanks for the uplifting messages.

Father Tim, May God continue to bless your ministry and strengthen you and your loved ones. Your's is a high calling requiring much grace, and our faithful God will supply it!

You made wonderful connections here! Thanks.

If the Hebrews saw life in the blood, could one say that "Eve" ("hayy", life) or the Second Eve (Mary) is represented by the Blood of Jesus, the Second Adam?

Christians believe that Jesus' blood was that of His mother, since He had no earthly father. This is regarded as fulfillment of the Protevagelion (Genesis 3:14-15):

"Then Yahweh God said to the snake, 'Because you have done this, accursed be you of all animals wild and tame! On your belly you will go and on dust you will feed as long as you live. I shall put enmity between you and the woman, and between your offspring and hers; he [following the Greek] will bruise your head and you will strike his heel."

This proclaims that the devil's children will be at war with the offspring of the woman (not named Eve here since Eve doesn't receive her name until chapter 4). The "offspring of the woman" cannot refer to the human race since all humanity was in captivity to the Devil until the blood of Jesus (also Mary's blood)fulfilled all things through the Cross and the Empty Tomb. Therefore, the ultimate victory is not ascribed to the woman's descendents in general, but rather to a particular Son.

The Latin version reads: "she will bruise..." and has been taken to refer not to Eve, but to Mary, the Theotokos.