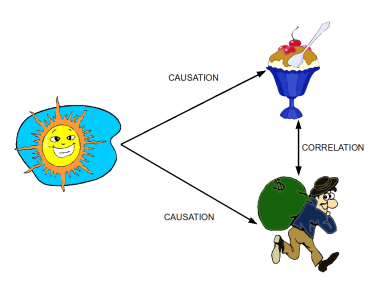 There is a good deal of misinformation about the connections between persons and deities of Hinduism and persons of the Bible. These are based on false or spurious correlations. Here are four examples:

#1: The Sanskrit word "Brahma" is a variant spelling of the biblical name Abraham.

The term "Brahma" is derived from the Proto-Dravidian root brih, which means to swell or enlarge. It is a reference to the Creator God whose emblem, the Sun, swells as it rises in the morning. The veneration of the rising Sun in Hinduism is expressed in the daily prayer ritual called Agnihotra.

The Old Arabic word for the swelling of the sun is yakburu, meaning “he is getting big” and with the intensive active prefix: yukabbiru, it means "he is enlarging." This has little connection to the name Abraham. However, it is rleated to the Proto-Dravidian word for a Sun temple, which is O-piru. Dravidian temples typically face east. The morning ritual of the priests was to greet the rising sun and watch as it expanded or swelled on the horizon.

In Hinduism, Brahma and his wife Saraswati are considered the founders of the worlds. In Genesis, Abraham is said to be the father of many nations. This is historically accurate since Abraham had many children, among them nine sons. Such a claim in not made in Genesis for Sara, however, since she gave birth to only one child, Isaac.

There is evidence of a common conception about ancestors who found nations, but an etymological connection between Abraham and Brahma, and between Sarai and Saraswati has never been demonstrated.


#2. The Sanskkrit word "Saraswati" is a variant spelling of the biblical name Sara

The Sarawati is a major river of India. The name of the river is a compound of two words: saras which refers to a body of water, and wati which is a Sanskrit suffix to indicate female gender.

Many rivers have "Sar" or Sara" as part of their names. Examples include the Sarawat River and the Saribas River in Borneo. Sarawat is also the name of the mountain range that borders the Red Sea in Yemen.

Sara is also Nilotic word associated with laughter (Gen. 18:12).The verb to laugh in Hausa, a Chadic language, is dara. Dara and Sara may be regarded as cognates since the letters d and s are interchangeable in Dravidian and in some African languages.

The Sarra are one of the largest population groups in Chad. Sara society is organized by patrilineal descent from a common male ancestor. There is a 3-clan confederation, such as characterizes Abraham's people. The qir ka are the eastern Sara, the qin ka are those living in central Chad, and the qel ka are the western groups. The Sara make up to 30% of Chad's population. About one-sixth of them are Christians and live in southern Chad.


#3. The Sanskrit word "Gayatri" is a variant spelling of the biblical name Keturah

This is incorrect. However, there is a parallel involving the idea of second or subordinate wives.

In Hinduism, Brahma's second wife is Gayatri. Attempts have been made to connect Gayatri with Abraham's second wife, Keturah. This assertion has no linguistic support. Keturah refers to fragrant incense or perfume. It is also possible that it refers to the Ketu people of Ra (God). The Ketu clans are known today as Ijebu (Nigeria) and may be related to the biblical Jebusites.


#4. The Sanskrit word "Ghaggar" is a variant spelling of the biblical name Hagar

The Ghaggar is a tributary of the Sarawati. Again, there is no relationship to the biblical name Hagar. Ghaggar is comprised of the words ghag-gar. The word ghag (also spelled khag) refers to river reeds, and gar means hidden. This is a description of how the Sarasvati dries up seasonally. It flows only during the Monsoon season, and at least half of the year it is marshy and full of reeds.


Related reading: Was Keturah Abraham's Wife?; Sara's Laughter; The Afro-Asiatic Dominion; Who Were the Kushites?; The Cultural Unity of Dravidian and African Peoples by Dr. Clyde A. Winters