I use the word "circus" as one who served in Episcopal orders for 18 years. I left on the Sunday Gene Robinson was consecrated a bishop in the Episcopal Church (TEC). Since then TEC's downward spiral into the ridiculous has gained velocity. The Episcopal flock is led by clowns! 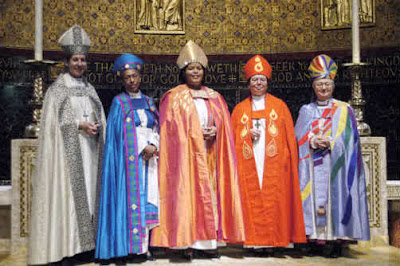 The Episcopal Church pushed women to be priests as part of the diversity agenda. I personally experienced that pressure. I sought to serve the Church, and though my gifts indicate that I should have been encouraged to pursue Theology or Church History as an academic, I was told that I should be a priest. Bishop Lyman Ogilby, who at first resisted the innovation, came to embrace it. This was the message coming across loud and clear in the Diocese of Pennsylvania in the 1980's. This Diocese delivered to the Anglican world bishops Barbara Harris, Geralyn Wolf, Mary Glasspool, Frank Griswold, and Charles Bennison.

Later there were more dubious ordinations in TEC, including a Muslim woman (who was later defrocked by Geralyn Wolf) and two Wiccans (also later defrocked). As far as I know, no partnered homosexuals have been defrocked, so one wonders about the nature of TEC's diversity. Diversity and equality have become terms of tyranny for many in the Anglican Communion. These high-sounding ideals have been employed to break catholic orders and to forever change the Church. Louie Crew's "Changing the Church" tells the sordid history. Now there remains but one impediment to ordination in TEC: refusal to accept this new religion. The descent down the slippery slope gains speed. Non-celibate homosexuals, transgender, bisexual, pedophile... anyone can be a "priest" in TEC if they bow to the circus master. 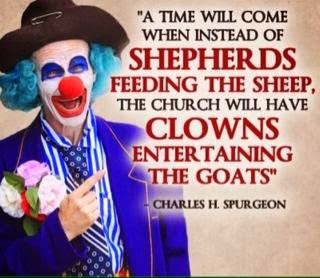 “When one is required to preside over the Church, and be entrusted with the care of so many souls, the whole female sex must retire before the magnitude of the task, and the majority of men also.” – St. John Chrysostom

“The divine law indeed has excluded women from this ministry, but they endeavour to thrust themselves into it; and since they can effect nothing of themselves, they do all through the agency of others.” – St. John Chrysostom

Related reading: The TEC Clergy Hit List Grows Daily; Women Priests by E.L. Mascall; What is Lost When Women Serve as Priests?; C.S. Lewis on "Priestesses in the Church"; Why Women Were Never Priests; God as Male Priest; What is a Priest?;  Women Priests: History and Theology by Patrick Henry Reardon