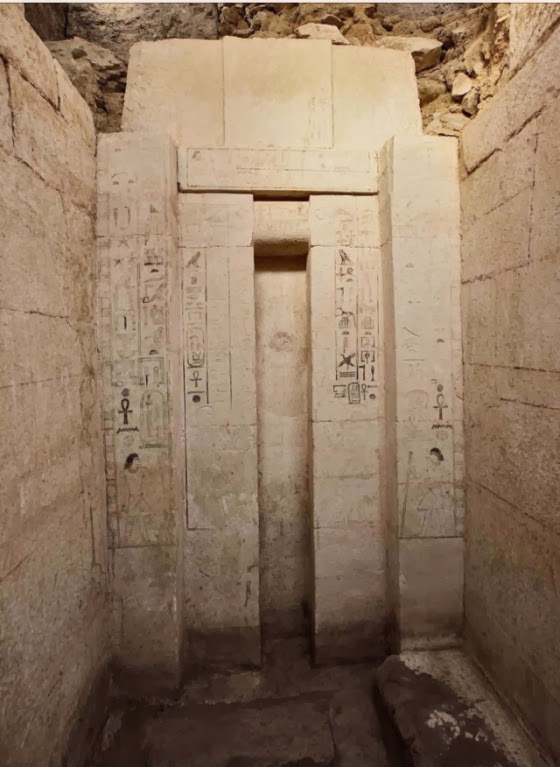 The Horite ruler-priest Shepseskaf-ankh, who lived during Egypt’s Fifth Dynasty (around 2392-2282 BC), was a priest of Re whose emblem was the Sun. He was a Horite. The Horites were a caste of ruler-priests who were devotees of Ra, Horus and Hathor-Meri.

Shepseskaf-ankh's is the third tomb found at Abusir belonging to a physician. Originally the huge limestone tomb was marked by a pyramid. The discovery was made at Abusir near Cairo, not at the Abusir in Sudan. The Abusir pyramids in Sudan, along with the pyramids of Saqqara and Giza, are aligned with the ancient obelisk of Heliopolis (Biblical On).

The Czech mission discovered the tomb of Shepseskaf ‘ankh at Abusir. Shepseskaf-ankh was one of the most distinguished physicians of the Era of pyramid builders. The Director of the mission, Miroslav Barta, stated that the tombs in Abusir were constructed starting from the mid 5th Dynasty and many priests and officials who worked in the Pyramid complex of the 5th Dynasty Kings of Abusir and the Sun Temples were buried there.

Ali ALasfar, vice head of the Ancient Egyptian Sector, said that the tomb's lengths are 21×14 m. and height of 4m.  A huge false door inside the offerings’ chapel carries the names and titles of the tomb owner like “Priest of Re in the Temples of the Sun” and “Priest of Khnum” with other titles that indicate the high rank of this ruler-priest.