On the Fall, Mortality, and the Age of the Earth 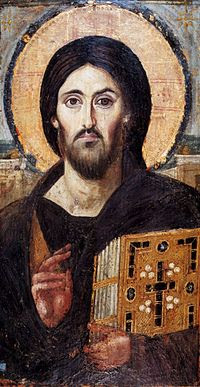 
What follows is a recent communication with a convert to Eastern Orthodoxy.

I'm wondering if I might get your thoughts on something that causes me uncertainty. From what I've seen on your blog, perhaps you might have some advice/reflections to share on the subject? I see no biblical basis to oppose the idea that the Earth and Universe are billions of years old, and that there was animal death before the Fall. My uncertainty touches on the idea that humans were first created millions of years ago, but the historical time frame of the Bible beginning around 4000 BC or so? I can't wrap my mind around that. Millions of years just seems like an unnecessary amount of time from the creation of man and the Fall, to the eventual coming of Christ, doesn't it? Could there be any reason for this? I'm at a loss on how to look at the origin of mankind. Any advice would be appreciated. Thank you.

You are asking good questions! In response, let's consider 3 points:

1. The Bible isn't about human origins. It makes theological assertions (propositions) about humans that can't be verified by science. The most important assertion is that humans were created from the beginning in the image of the Immortal God. Most of the Church Fathers and theologians find in this assertion the idea that humans were created to enjoy eternal life; that is, we have the potential to be immortal. As to how this was affected by the Fall, the Latin and Greek Fathers take different positions. The Eastern Church never speaks of sin being passed from Adam to his descendants. Instead, each person bears the guilt and shame of his or her own sin. What then does humanity inherit from Adam? In the Eastern view, it is a condition, or a disease. This disease results in corruption and death, which St. Paul also points to in I Corinthians 15:21. Cyril of Alexandria teaches that humanity became “diseased… through the sin of one." If we attend to the Biblical text closely, that is the sin of Eve, the crown of creation. Her action of submitting to the will of a base creature represents an inversion of the hierarchical order in creation, so that all of the creation is subjected to decay. The nature of all things became corrupted in the Fall, but the divine image in humanity was not erased, and the state of Paradise will be restored.


2. That brings us to the second point. The entire trajectory of the Bible is about how God makes man immortal. In other words, the message is less about human origins than it is about the origin of Messianic hope. Through Messiah, the Son of God, we die to death and rise to immortality. Through his work, we receive forgiveness of sins, justification, and deliverance from the second death.

The Bible speaks of two distinct deaths. The Apostle Paul explains that those who die in Christ will rise in Him on the Last Day. These will not die the "second death" of which John speaks in Revelation 2:11 - "Whoever has ears, let them hear what the Spirit says to the churches. The one who is victorious will not be hurt at all by the second death."

The Risen Messiah is to lead his followers to immortality. Among the Horite Hebrew, the welfare of the people depended on the righteousness of their ruler. The test of absolute righteousness was the ruler's bodily resurrection. The grave would not be able to hold the Righteous Ruler, and upon his bodily resurrection, he would lead his people to eternity. This royal procession language is found in Ps. 68:18; Ps. 7:7, and Eph. 4:8. Jesus is the only Horite Hebrew ruler-priest to fulfill the Messianic hope.


3. That brings us to the third point. The Young-Earth interpretation is based on Bishop Ussher's dating of the so-called "begats" in Genesis. But Bishop Ussher goofed! He did not recognize that the lists of Genesis 4, 5, 10, 11, 25 and 36 are king lists, not lists of the first people on earth. These lists can't be used to calculate the age of the earth by adding the years the rulers lived. This is to abuse this material. In this sense, Young-Earth Creationism is not biblical. The rulers listed are the ancestors of the Horite Hebrew ruler-priest lines. Among them are Abraham, Esau, Jacob, Amram, Moses, Elkanah, Samuel, David, and Joachim, the father of the Virgin Mary, the Theotokos.

This chart shows the Horite Hebrew rulers of Edom who are listed in Genesis 36. This is the clan of Seir the Horite. These are Abraham's people. Edom was called "Idumea" by the Greeks. Idumea means "land of red people" and at least two rulers of Edomite blood are noted for their red skin tone: Esau and David. Horite Hebrew were devotees of the Creator and his son Horus. Horite is "Horim" in Hebrew. Jews call their ancestors their Horim.

We will continue this conversation in a discussion of The Historical Adam. Your questions about Adam and the age of the earth are important! Thanks for asking, and "Welcome home!"

Related reading: Archaic Rulers, Ascendancy, and the Foreshadowing of Messiah; The Genesis King Lists; Adam was a Red Man; Samuel's Horite Family; Moses's Wives and Brothers; Righteous Rulers and the Resurrection; The Edomites and the Color Red