The Social Structure of the Biblical Hebrew (Part 6)

Part 1 of this series addresses the Feminist claim that the biblical Hebrew had a patriarchal social structure. This unfounded assumption is the basis for attempts to justify the innovation of women priests. Since women were denied the opportunity to serve as priests among the patriarchal Hebrew the Church should ordain women to correct that social injustice.

It should be noted that arguments in favor of women priests come primarily from New Testament professors whose focus precludes a wider investigation into the historic roots of the Church's priesthood among Abraham's Hebrew people. Among them are William Witt and N.T. Wright.

The College of Bishops of the Anglican Church of North America (ACNA) noted in a recent statement that women's ordination is an innovation without sufficient Scriptural warrant to make it a normative practice. This was the conclusion of the ACNA house of bishops after consideration of a 5-year study of the question. Dr. William Witt served as one of the advisers to the study group. He argues that women were denied the opportunity to serve as priests among the Hebrew because of patriarchy, and to correct that social injustice the Church should ordain women.

1. descent is traced through the paternal line only (Part 2)
2. inheritance rights come through the father's lineage only (Part 3)
3. right to rule is vested with males only (Part 4)
4. patrilocal residence; that is the bride lives with or near the groom's clan/family (Part 5)
5. governed by a council of all males
6. ultimate authority rests with a male figure such as a patriarch, chief or king. (Part 7)

In this article we explore the claim that the social structure of the biblical Hebrew was characterized by the governance of males exclusively.

One of Dr. Witt's arguments is that the contemporary view of male "headship" (complementarianism) is not the biblical view of the relationship of male and female. I agree with him. The headship argument acknowledges the equality of men and women and also asserts a permanent hierarchy with men in authority over women. This does not describe the social structure of the biblical Hebrew. There are examples of women serving in roles of authority over men.

Refutation of this misguided headship view does not support women's ordination because, after all is said, not a single women served as a priest among the biblical Hebrew, nor can one be found in the Bible.

Further, final decisions concerning governance were made by kings and queens. The Hebrew priests were in the service of these rulers. A Judean queen named Salome Alexandra ruled from BC 76-67. She was one of two women to exercise sole rule over Judea. Archaeologists have uncovered her palace in Jericho. Salome is the only woman mentioned in the Dead Sea Scrolls. Some of the religious reforms that shaped second-Temple Judaism were implemented under her rule. 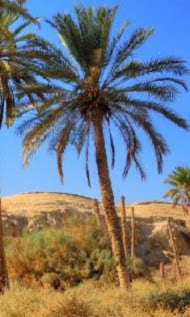 Wise women were consulted by kings. Huldah is an example. She lived in Jerusalem with her husband, Shallum, who was in charge of the priestly vestments. The narrative in 2 Kings 22 reveals the high esteem with which she was regarded by the king and the people.

Deborah ruled as a judge in Israel (Judges 4). She was the fourth to rule after the death of Joshua. Her husband was named Lapidoth, a variant of Lapidos. It is likely that he was of the ruler-priest caste as his name has a Sumerian/Akkadian root that refers to a box or arc (pid). Deborah's place of judgement was marked by a large date nut palm between the settlements of Ramah and Bethel. This means that people had to go out to her for counsel, just as people had to travel to John the Baptist in the wilderness.

Women ruled over their clans. Among them were Anah and Oholibamah. Anah is called a "chief" in Genesis 36. The wives of Hebrew priests ruled their households and exercised considerable influence in their social circles.

The first born son of the ruler-priest's second wife became a high ranking official in the territory of his maternal grandfather. This son was named after his maternal grandfather. This explains why there are two named Esau, Enoch, Lamech, Nahor, Joktan, etc. This is the "cousin bride's naming prerogative" and it is a distinctive feature of the social pattern of the biblical Hebrew. Here we have a glimpse of the powerful influence of the mother. Such power is portrayed in the story of Bathsheba appearing before King Solomon.

When Bathsheba went to King Solomon to speak to him for Adonijah, the king stood up to meet her, bowed down to her and sat down on his throne. He had a throne brought for the king's mother, and she sat down at his right hand. (1 Kings 2:19)

In the final segment of this 7-part series, we will explore the nature of ultimate authority and whether this is exclusively vested with male biblical figures.

Related reading: Dr. William Witt's Response; Jesus of Nazareth, Son of David; The Priesthood is About the Blood; Why Women Were Never Priests; Denying Marriage: A cunning royal strategy