Thoughts on the Logos 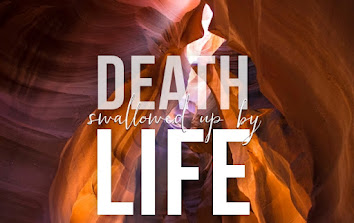 "In the beginning was the Word, and the Word was with God, and the Word was God." (John 1:1)
John parallels the beginning of his Gospel with Genesis 1:1-2. However, he goes farther than the Genesis account in his assertion that the Logos existed before time and space. He speaks of the eternal pre-existence of the Word.
The Logos is linked to the supernatural ordering of creation, but unlike the creature Maat in ancient Egyptian thought, the Logos is uncreated. Maat is the personification of the cosmic order, but not the generative cause or source of creation.
Among the ancient Egyptians we find a concept similar to the Greek Logos in Hu (ḥw) the first word or the word of creation. "Hu" also refers to the authoritative word that resides with the high king.

The Logos is the divine word that goes forth and fulfills or perfects all things. The divine word generates life. The Nilotic Luo have a saying: “Wach en gi teko” which means "a word has power."

The Bambara bards of Uganda recite this in praise of the Logos:

The Word is total:
it cuts, excoriates
forms, modulates
perturbs, maddens
cures or directly kills
amplifies or reduces
According to intention
It excites or calms souls.


St. Anthony the Great articulated the biblical understanding of the Logos as divine order: "God’s providence controls the universe. It is present everywhere. Providence is the sovereign Logos of God, imprinting form on the unformed materiality of the world, making and fashioning all things. Matter could not have acquired an articulated structure were it not for the directing power of the Logos, who is the Image, Intellect, Wisdom and Providence of God.”

One of my favorite Jacques Derrida terms is “Ontotheology” because it speaks of “the center” to which we inevitably must return for meaning. It is something like the Logos. As Derrida wrote, “It would be possible to show that all the terms related to fundamentals, to principles, or to the center have always designated the constant of a presence, ... essence, existence, substance, subject, ... transcendentality, consciousness or conscience, god, man, and so forth.” Derrida demonstrates that language is unstable and plays havoc with the concept of a transcendental, self-evident logos. That said, Derrida never denied the existence of “the center”, or that there is “Presence” there. However, he regards the center as a function of logic and language, not a divine being. In the biblical view, the Logos is divine, and in the testimony of the New Testament writers, the Logos became incarnate in the person of Jesus Messiah.
John insists, "That which was from the beginning, which we have heard, which we have seen with our eyes, which we have looked upon and touched with our hands, concerning the word of life - the life was made manifest, and we saw it, and testify to it, and proclaim to you the eternal life which was with the Father and was made manifest to us - that which we have seen and heard we proclaim also to you, so that you may have fellowship with us; and our fellowship is with the Father and with his Son Jesus Christ. And we are writing this that our joy may be complete." (1 John 1:1-4)
The opening lines of John's Gospel and the theological treatise of 1 John present a radical departure from ancient Greek philosophy and from modern philosophy. The Logos is not a mechanism, an abstract concept, or Aristotle's Unmoved Mover. The Logos is eternal God by whom all things were made. The cosmic implications of Jesus' death and resurrection follow: by Him all things are made new. The New Testament poses this as a new heaven and a new earth, a new order in which death is swallowed by life.

Ritual Art: a Key to the Ancient Egyptian Book of the Dead