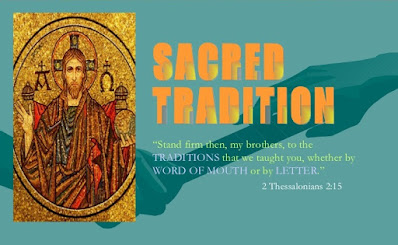 Religious belief is conditioned by the faith tradition which we receive from our parents, grandparents and, if we believe Jung’s theory of the collective unconscious, from our archaic ancestors. If Jung is right, those who embrace atheism must experience an inner struggle against the affirmations of God's Presence that their ancestors experienced.

I'm thinking of the Logical Positivists, who drawing on Wittgenstein’s Tractatus, were concerned exclusively with “atomic” facts that can be verified using strict logic and mathematical analysis. They rejected all truth claims that could not be reduced to atomic facts, and pushed aside ethics as a waste of intellectual energy. Most Logical Positivists were atheists, and sadly, many ended their own lives.

Ironically, the Messianic Faith has much more in common with prehistoric practices that are labeled "pagan." This may be an expression of the collective unconscious, since the farther back in history we go, the more likely we are to find common ancestors. Those ancestors received a religious tradition that involved hope of life after death and animal sacrifice.

The Häme region of Finland is known for its pagan history. It is reported that after being baptized by Catholic missionaries, some of the people there later repented of their baptism and washed it off in a lake where the shamans sacrificed animals. One wonders if the Catholic priests failed in their catechesis to point out that baptism into Jesus Messiah involves both water and blood, the two substances recognized as purifying agents by pagans.

The Finnish writer, Jaakko Olkinuora, reports: "In western Finland, the Catholic Church was very strong before the Reformation, as was Lutheranism afterwards. Our region, however, still has its native pagan place names and stories about spirits and demons of the lakes. When I was a child my mother had a book of Finnish stories collected from the old people. They were all pagan: demons of the lake, demons of the forest. My father has two Finnish names, Seppo and Tapio, both names of Finnish gods." (Road to Emmaus, Vol. IX, No. 4, p. 33)

The familial tradition is so strong that elements of paganism continue for generations long after families convert to Christianity.

Americans are notorious consumers of religion and quickly embrace innovations.Yet we too are influenced by familial traditions. When asked about our church affiliation, especially if we are complacent about religion, we may say that we are Baptist, or Presbyterian, or Lutheran simply because our parents were. Or, we may say we are agnostics in reaction to religious parents whose devotion we reject. Either way, familial tradition exercises no small influence on our lives.

It seems that the tradition of our biological ancestors may predispose us to certain avenues and not to others. My family on both sides are mostly English and Scots. The religious milieu that I embrace is high-church Anglicanism, of a sort that someone raised in the Baptist Church or a Greek Orthodox family would not find comfortable.

We are not inclined to worship God in the same way. Nor are we inclined to agree on every point of theology. Nevertheless, there is an overarching Tradition upon which all who follow Jesus Messiah agree: that God has self-revealed in the person of Jesus Christ, the Son of God, who came into the world to save sinners. This is the unique claim of Christianity. To it we must add that this Tradition is received, not invented. The Messianic Faith has roots deep in the religious yearnings of archaic populations.

Traditional societies which revere the wisdom of the ancestors do not produce synthetic religions such as we find in Western societies. Synthetic religions are inventions that center on an individual's claim to special revelation. Consider the examples of L. Ron Hubbard and Joseph Smith. Scientology and the Mormons have cobbled together fantastic histories and seductive notions to establish new familial traditions that do not develop organically from the great religions of the world.

If we go back far in time, we find two religious traditions: one involving priests and the other involving shamans. While priests and shamans serve similar functions as mediators in their communities, they represent different and opposing worldviews. Underlying shamanism is the belief that powerful spirits cause imbalance and disharmony in the world. The shaman’s role is to determine which spirits are at work and to find ways to appease the spirits. This may or may not involve blood sacrifice.

Underlying the priesthood is belief in a God whose Spirit never lies. In this view, the world is held in balance by a Supreme Creator, and it is human actions that cause disharmony. The ancient laws governing priestly ceremonies, sacrifices, and ritual purity clarify the role of the priest as one who offers sacrifice according to sacred law. These laws are part of a received tradition preserved through the Habiru (Hebrew) priestly lines which extend deep into antiquity.

The Habiru looked for a Righteous Ruler who would overcome death and lead His people to immortality, and they did not look in vain. As Jesus told the religious leaders in Jerusalem, "Your father Abraham rejoiced to see My day, and he saw it and was glad." (John 8:56)

In the Anglican Way, Article XI reminds us: “Wherefore they are not to be heard, which feign that the old Fathers did look only for transitory promises.” Indeed, the Fathers looked for the fulfillment of an expectation that their great grandfathers yearned to see fulfilled. They did not put their hope in a special revelation separated from the received Tradition.

Related reading: The Religious Impulse Among Archaic Populations; The Ra-Horus-Hathor Narrative; Righteous Rulers and the Resurrection; The Priesthood is About the Blood