Wine Use in Antiquity

In the ancient world, wine was consumed mainly by the ruling class and it was used in religious rituals. It was offered by kings as a "drink offering" to the High God, and it was consumed at feasts that involved the ratification of treaties. The High God was believed to be the Witness to these treaties. In a Ugaritic text, the God El became drunk at such a feast and had to be carried home by his sons. Here we find a parallel to the story of Noah's drunken state and his sons' attempt to "cover" for him.

6000-5500 BC:  At the Chinese Neolithic site of Jiahu archaeologists found pottery shards with residue from a fermented beverage made of a mixture of rice, honey and fruit. Researchers found species of the tartrate from grape, hawthorn, or longyan cherry, or a combination of two or more of these. Ji-ahu means "mound or hill of Ahu." Ahu is an ancient name for the deity of water shrines. Ahu is found in Genesis in only one place: Genesis 41:18, and here the term denotes the bank of the Nile. In Mesopotamia, wine was enjoyed by the upper classes.

4000 BC:  Wine was produced by Neolithic farmers in what is today the Republic of Georgia. In 2007, a team excavating Areni-1, a cave complex in a canyon between the Little Caucasus and the Zagros mountains, found ancient grape seeds. The cave is near Armenia’s southern border with Iran outside a village still known for its wine-making activities. Ancestors of the Nilotic Luo settled in this area.

3150 BC:  In the late 1980s, German archaeologists found remains of wine making equipment in the tomb of the ancient Nubian king Scorpion I. That find consisted of grape seeds, grape skins, dried pulp and imported ceramic jars covered inside with a yellow residue chemically consistent with wine. Ancient Egyptian murals depict details of wine-making.

Egyptians flavored their wines with tree resins, herbs, and figs and used hieroglyphs to label place and producer, and the vintage according to year of the pharaoh’s reign.

Generally, Nilotic peoples preferred beer to wine and their beer contained high levels of tetracycline. Beer was a staple in Egyptian diets, and was listed in the rations for pyramid builders. Despite the availability of more easier cultivated food resources, barley was domesticated as early as 10,000 years ago even though it is a labor-intensive crop.

It is likely that wine was reserved for special rituals and religious festivals. Plutarch wrote that the “priests of the Sun at Heliopolis never carry wine into their temples, for they regard it as indecent for those who are devoted to the service of any god to indulge in the drinking of wine whilst they are under the immediate inspection of their Lord and King. The priests of the other deities are not so scrupulous in this respect, for they use it, though sparingly.”

Noah was drunk with wine on at least one occasion and the outcome wasn't good. Likewise, the outcome of Lot's drunken stupor was not good. Genesis presents criticism of excessive wine consumption as this was not considered proper for Hebrew priests.

1600 BC:  In 1963, two plaster basins that appear to have been used to press grapes were excavated in what is now Israel's West Bank.


Wine for pleasure and for ritual use

One of the oldest uses of wine was in religious ritual. In Tantric ritual, wine is called shakti or sakti. Sakti is also the name for the Hindu harvest moon festival. Likely, the word is related to the Falasha word sarki, which also refers to the harvest moon festival at which priests - the harwa - played a role. Harwa is an ancient Egyptian word for priest. 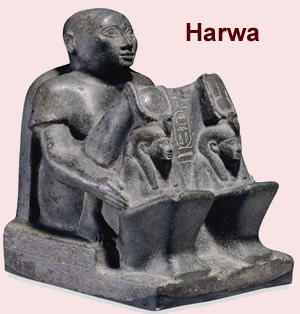 Some Sarki live as Haruwa in the Tarai region of Nepal where Tantric practices emerged. In the West, where we are obsessed with sexual desire (lust), there are no true practitioners, for as a Tantrica of West Bengel has explained: "Those most fit for Tantra almost never take it up, and those least fit pursue it with zeal."


In Tantric spirituality, copulation is practiced to achieve higher consciousness by a spiritual joining of male and female principles. This is called the “transmutation of desire” in order to transcend all desires. Think of this as a spiritual wrestling match in which the weight and momentum of the opponent (desire) is used to overturn the opponent.

According to the Rig Veda 10.129, this love (kama) is the generative power that makes all life possible. Kama appears personified in Hindu myth as the enemy of spiritual discipline (asceticism), but he cannot be destroyed. Here we see the tension in Hinduism between desire and pleasure and renunciation of all desire and pleasure.

In the following hymn Kama is praised as the divine source of all creation.

Love (Kama) is the firstborn, loftier than the gods, the Fathers and men. You, O Love (Kama) are the eldest of all, altogether mighty. To you we pay homage!

Greater than the breadth of earth and heaven, or of waters and fire, You O Love, are the eldest of all, altogether mighty. To you we pay homage!

In many a form of goodness, O Love, you show your face. Grant that these forms may penetrate within our hearts. Send elsewhere all malice! (Atharva Veda 9.2.19-25)


The Horite Hebrew were a caste of ruler-priests who spread their worldview and religion throughout the ancient Afro-Asiatic Dominion. They were widely dispersed in the service of the archaic rulers who are called the "mighty men of old" in Genesis 10. This is before the Vedic Age and long before the Axial Age.

These ruler-priests controlled water systems at a time when the Sahara, Mesopotamia, Pakistan and India were wetter. They are called "Horites" because they were devotees of Horus, who was called "seed/son of God." They are called 'Apiru or Habiru in ancient texts. Habiru is rendered "Hebrew" in English Bibles.

Hebrew priests did not practice ritual sex. Their Sun temples were places of prayer, worship, judgement, and sacrifice.

The Arabic yakburu means “he is getting big” and with the intensive active prefix: yukabbiru means "he is enlarging." It is a reference to the rising of the Sun in the East. The east-facing temple was termed O-piru, meaning Sun House/Temple.

The Sun temples were also places of judgement. This is evident in the old Hungarian/Magyar word for judge, which is bíró, and likely related to the word biru, which pertains to a place of sacrifice.

Nekhen is the oldest known center of Horite Hebrew worship, dating to around 3800 BC.Votive offerings at the temple of Horus were up to ten times larger than the normal mace heads and bowls found elsewhere, suggesting that this was a very prestigious shrine. Horite Hebrew priests placed invocations to Horus at the summit of the fortress as the sun rose.

The relationship of Râ, Hathor and Horus is reflected in the relative locations of the temples. Hathor represents the Feminine Principle, and as such is located to the south (the direction associated with birth and renewal). Râ is to the north, and as his symbol is the Sun, his temple is on the east side of the Nile. Horus is to the southwest, the direction associated with the future. He rises as a lamb and sets as a ram.

Against those who claim that the Horite Hebrew were polytheists, note that only Horus and Hathor are shown in human form, and usually together, as in Christian icons of the Theotokos and the Christ Child.

The Horite Hebrew maintained high standards of moral behavior. Before their time of service in the temples they shaved their bodies and did not consume wine.

Plutarch wrote that the “priests of the Sun at Heliopolis never carry wine into their temples, for they regard it as indecent for those who are devoted to the service of any god to indulge in the drinking of wine whilst they are under the immediate inspection of their Lord and King. The priests of the other deities are not so scrupulous in this respect, for they use it, though sparingly.”

Heliopolis is biblical On. Joseph married the daughter of the priest of On. It was the pattern for Horite Hebrew men to marry the daughters of priests. They practiced endogamy, a trait of castes.

The Horite Hebrew, who the Jews call their "Horim," enjoyed married life, but abstained from sexual relations before their terms of serve in the temples. Ritual sex was discussed because it represented a departure from the ways of the Horim, an aberration. We have no evidence that Horite priests followed the practices involving sex and child sacrifice condemned by the prophets. In the ancient world the Horite Hebrew were known for their purity and devotion to the High God.

Wine consumption and sex are not presented in a positive light in Genesis. There are two accounts of drunken sexual misbehavior. In Noah’s case, his three sons decide what to do while their father sleeps in a drunken stupor and Noah curses his grandson Canaan. In Lot’s case, his two daughters decide what to do while their father sleeps and both become pregnant by their father. These stories stand in contrast to stories involving wine as a sign of redemption, as in the Passover and in the Eucharist.

The symmetry of these stories is remarkable. The story of Noah involves sons, and the story of Lot involves daughters. Likewise, in tracing the cord of blood in the Bible we find a similar symmetry. In the Egyptian Passover Moses is the central figure, and in the Jericho Passover, it is Rahab who lets down the scarlet cord that saves her whole household. Male and female are instrumental in bringing deliverance.

The wine in the Passover Seder is not ordinary wine once it is blessed. Likewise, the wine used in the Holy Eucharist is not ordinary wine. It is sacramental. Both celebrations recount God's deliverance and speak of the consummation of a love relationship, as is evident in Jesus' explanation to His disciples that he would not drink the cup again until the celestial wedding feast.

“This is My blood of the new covenant, which is shed for many for the remission of sins. I say to you, I will not drink this fruit of the vine from now on until that day when I drink it new with you in My Father’s kingdom” (Matt. 26:28-29). On that day, the Son of God shall take to Himself the Church, His royal bride. Her nobility, like her purity, is derived from her royal Groom.


Related reading: Two Passovers and Two Drunken Fathers; Genesis and the Eucharist; Oldest Wine-Making Equipment; Divine Vintage: Following the Wine Trail from Genesis to the Modern Age by R. Haskett and J. Butler; “Uncorking the Past: The Quest for Wine, Beer, and Other Alcoholic Beverages by Patrick McGovern