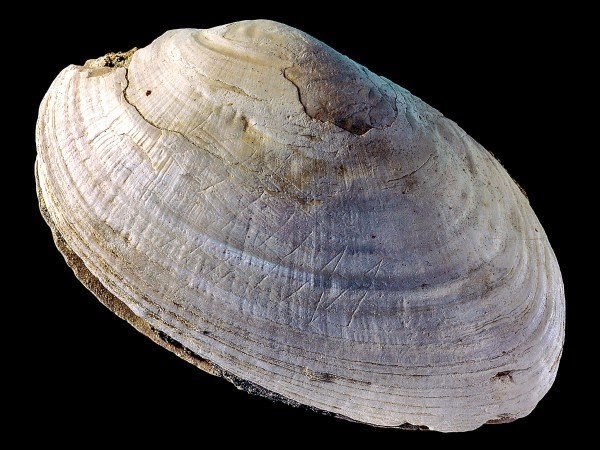 A shell with a zigzag (chevron?) pattern indicates that archaic humans were producing abstract symbols earlier than thought. This shell found on Java in the late 1800s appears to have been carved half a million years ago by archaic humans.

The same pattern appears on this 80,000-77,000-year red ochre stone found in the Blombos Cave in South Africa. Seventeen pieces of engraved red ochre were retrieved at the Blombos Cave. These date to 100,000-72,000 years ago.

This symbol appears on various artifacts produced by early human populations in Africa and among those who dispersed early out of Africa. It is also found on this 13,000-year bison bone found by a fisherman in the Dutch waters of the North Sea.
Red ocher was used for ritual burial for at least 100,000 years and appears to have been a symbolic blood covering used mainly in elite burials. This suggests that archaic humans linked blood with life and yearned for life after death or immortality.