The age of the earth and archaic human populations continues to be debated among Young Earth Creationists in their attempts to prove evolution wrong. Evolution stands on four main pillars: mutation, adaptation, natural selection, and common ancestry of apes and humans. Mutation and adaptation are facts. There is evidence for natural selection, but not sufficient evidence to hold this model as a law of biology. The pillar that should be questioned is common ancestry of apes and humans, for which there is no physical evidence. Even evolutionary paleontologists are having doubts about common ancestry.

From the perspective of anthropology, the deep time record of human activity is evident in the vast number of objects made and used by humans. Here is a short list. Note the 100,000+ custom of burial in red ocher, a symbolic blood covering. 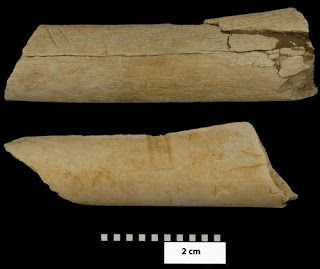 
1.5 million
Stone tools found in Saudi Arabia near the Red Sea from a time when the region was much wetter.


500,000
A large assemblage of hand axes excavated at Stratum 4a and 4b at the Kathu complex in South Africa. Large mammal remains have been identified at both strata.

A trove of hand axes found in central Israel at Jaljulya. 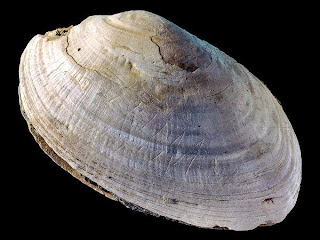 300,000
Earliest known use of red ocher at site GnJh-03 in the Kapthurin Formation of East Africa, and at Twin Rivers in Zambia.

The Rising Star Expedition has recovered remains dating 236,000 to 335,000 years ago. These show the full range of anatomical features found in modern humans.

150,000
More than 69 000 Stone Age implements have been found at Border Cave in the Lebombo Mountains.

130,000
In 2010, Thomas Strasser and Eleni Panagopoulou found stone tools on Crete dating to between 200,000 and 100,000 years. These are identical to those found in Africa and parts of Europe. More than 2,000 stone artifacts, including hand axes, were collected on the southwestern shore of Crete, near Plakias.

Incised red ocher stone found at Blombos Cave, Western Cape, South Africa.
Red ocher burial of young male in Qafzeh Cave, Lower Galilee.
Evidence of human habitation in the area of Bethlehem is well-attested along the north side of Wadi Khareitun where there are three caves: Iraq al-Ahmar, Umm Qal’a, and Umm Qatafa. These caves were homes in a wooded landscape overlooking a river. At Umm Qatafa archaeologists have found the earliest evidence of the domestic use of fire in Palestine.

85,000
Barbed harpoon points (right) were used to spear catfish in Central Africa. Hundreds of bone harpoons have been found at the lake site of Ishango.

75,000
Engraved stone from the Blombos Cave in Southern Africa (below).

50,000
A small boy buried with a seashell pendant and covered in red ocher.

45,000
A man buried at La Chapelle-aux-Saints in southern France in red ocher.

20,000
A thirty-year-old man buried in Bavaria surrounded by mammoth tusks and submerged in red ocher.

Australian burial sites dating to about 20,000 years reveal pink staining of the soil around the skeleton, indicating that red ocher had been sprinkled over the body. The remains of an adult male found at Lake Mungo in southeastern Australia were copiously sprinkled with red ocher.

19,000
Lady of El Mirón cave in northern Spain was buried in red ocher. She died around the age of 35.

12,000-11,500
Red ocher burials found at the Natufian cave site Hilazon Tachtit in Israel.
Girl buried in red ocher in the Tanana River Valley in central Alaska.
Oldest known example of a carved totem found in a peat bog in the Urals.

5000
Two flexed burials were found in Mehrgarh, Pakistan with a covering of red ocher on the bodies.
Mesopotamian burials which included food for the afterlife.
Early Badarian burials with food offerings to sustain the deceased in the afterlife.