Abraham's mother is not identified in the Bible. This seems a strange oversight since Jewish identity is traced through the mother. The oversight may be intentional if the ethnicity of Abraham's mother did not serve the later narrative of Jewish identity.
It is supposed that Abraham's mother was the wife of Terah named in Jasher 7:50 which states, "Terah took a wife and her name was Amsalai, the daughter of Karnevo; and the wife of Terah conceived and bare him a son in those days." There appears to be a connection to a high place near Jericho. Kar refers to a high place or a mountain. Nevo is a variant of Nebo; Kar-Nebo or Mount Nebo is הַר נְבוֹ‎ (Har Nevo) in Hebrew. The oldest known settlement in this area is Jericho which had ramparts as early as 4000 B.C.E.
Jasher 7:22 states that, "...Terah was 38 years old, and he begat Haran and Nahor." These were probably Terah's firstborn sons by two wives. Haran may have been Terah's proper heir, but he died before Terah died. Nahor took governance of Terah's territory. Nahor is named after his maternal grandfather, Nahor the Elder. (Here we see further evidence of the cousin-bride's naming prerogative.) Abraham became a sent-away son who eventually established his territory between Hebron and Beersheba.
I have found 3 spellings of the name of Terah's wife: Amthelo, Amsalai, and Amtlai, but no definitive statement that this woman was Abraham's mother. Amsalai is the only female named in connection to Terah, but it isn't clear is she was the mother of Abraham, or the mother of Nahor, or the mother of Haran.
The name Amsalai means the "sweet fragrance of the people." Am refers to people, and salai refers to frankincense derived from the Boswellia serrata, a deciduous tree that grows in dry, mountainous areas. The name suggests that this woman was of the "hill people" and known by various names: Amurru/Amorite, Edomite/Seir, and Horite Hebrew.

Analysis of the marriage and ascendancy pattern of Abraham's Hebrew people indicates that Abraham's mother was either his father's half-sister, or his patrilineal cousin, or one of Terah's concubines. Terah had two wives, following the typical marriage pattern of his ancestors. It is likely that Nahor the Younger was the son of Terah's cousin bride and Haran was the son of Terah's half-sister bride. Both brothers were older than Abraham.
Suggestion of avunculocal residence
Abraham's older brother Nahor ruled over Paddan-Aram upon Terah's death in Harran. This was the pattern among the Horite Hebrew. The firstborn son of the half-sister bride was the proper heir. Other sons born to that bride were sent away either to serve in the realms of their maternal uncles, or to establish their own territories.
Sent-away sons, like Abraham and Jacob, often lived with or near their maternal uncles. This is called "avunculocal residence" and it appears that Abraham's trip to Mamre and Hebron was directed by his maternal uncle who ruled that territory. From Mount Nebo his sentries would have been able to survey all of Palestine.

When Abraham arrived from Mesopotamia he likely visited his maternal uncle at Mount Nebo and went from there to consult the prophet (moreh) at the Oak at Mamre near Hebron. Hebron is about 40 miles (65 kilometers) from Mount Nebo. Mount Nebo and Edom are in the modern state of Jordan. 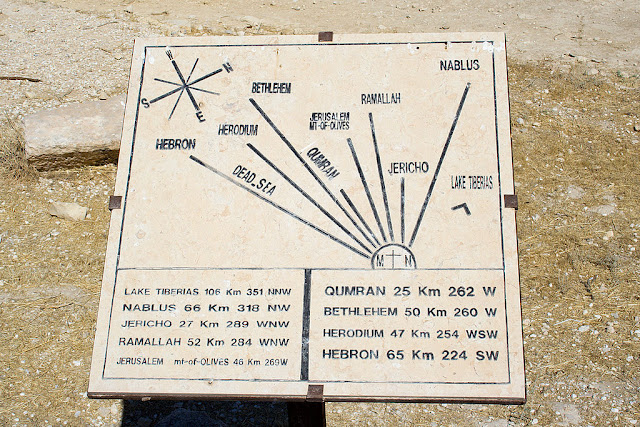 This was the land of the Horite Hebrew rulers who are listed in Genesis 36. Abraham's mother and father were kin to these rulers. Among Abraham's Horite Hebrew ancestors, one's ancestry was traced by double descent, along both the maternal and paternal lines. However, the ethnicity of a child depended on the ethnicity of the mother. This is still true for Jews today. One is a Jew by two means: either by proper conversion, or if one's mother is Jewish.

Related reading: The Hebrew Hierarchy of Sons; Royal Sons and Their Maternal Uncles; The Genesis Record of Horite Rule; The Ethnicity of Abraham and David; Edom and the Horites; Sent-Away Sons