Royal Sons and Their Maternal Uncles 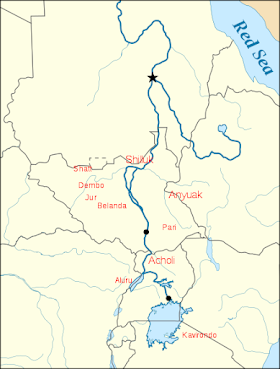 In Genesis, Rebekah's favorite son is Jacob, and she pushes him to steal the right to rule from his (half-brother?) Esau. She arranges for Jacob to receive from Isaac the blessing due to Isaac's proper heir. This attempt fails, and Jacob is sent away to live with his maternal uncle Laban (avunculocal residence).

Jacob's time with Laban is a mixed tale of hardship, efforts at advancement, and affirmation of kinship. He becomes an indentured servant until he is able to achieve sufficient wealth in livestock to become established in another location. This stirs the jealousy of Laban's sons who say, “Jacob has taken away all that was our father’s, and from what was our father’s he has acquired all this wealth.” (Gen. 31)

Jacob sees that Laban's attitude toward him is no longer favorable, and secretly he flees with his two wives and their households. When Laban discovers that Jacob has left with his daughters and his ancestor figurines (teraphim), he goes after him.

When Laban catches up to Jacob, he asserts his avuncular authority, saying: "It is in my power to do some evil to you, but last night the God of your father told me, 'Be careful what you say to Jacob whether good or evil." (Gen. 31:29)

Then Laban asks Jacob, "What did you do? You deceived me, carried off my daughters like you would war captives, ran away from me secretly, and stole from me by not keeping me informed. Otherwise, I could have sent you off with a party and singing, accompanied by a band playing tambourines and harps. As it is, you didn’t even allow me to kiss my grandchildren and daughters goodbye! You’ve acted foolishly." (Gen. 31:26-29)
Clearly, Jacob and his maternal uncle Laban have a paradoxical relationship characterized by hostility and hospitality, or competition and communion. This has parallels in the narratives of the Shilluk, the Anyuak, the Alur, and the Rwanda. In the social structure of these Nilotic peoples there is a centrally important royal clan, and each population has kingship narratives similar to the story of Jacob and Laban.
In his paper "Nilotic Kings and Their Mothers’ Kin", Godfrey Lienhardt explains that "the approved pattern for the relations between a man and his maternal kin, especially his mother's brother, is based upon a theory that greater kindness and indulgence prevail between kin of these categories than between paternal kin." How then are we to explain royal narratives about hostility between the early kings and their maternal kin?

The story of Jacob and Laban is instructive. As a sent-away son, Jacob poses a threat because sent-away sons seek territories of their own. Laban finally accepts Jacob's departure, assuming that Jacob is returning to his "father's house" (Gen. 31:30). However, Jacob does not remain for long in Esau's territory in ancient Edom. He eventually settles in Shechem where he buys land (Gen. 33:19).

Godfrey Lienhardt notes the pattern of sent-away sons in the paper cited above. These royal sons are described as "planted out" and "When they are grown, the princes are rivals for the kingship." (p. 30)

Among the Shilluk, the founder of the royal lineage is Dak. Like Esau, he is presented as strong and aggressive, and a mighty hunter of crocodiles. Like Jacob, Dak's half-brother Cal prefers the company of women in the settlement and is less interested in the kingship (op. cit, p. 32).

It appears that the marriage and ascendancy pattern of the biblical Hebrew resembles patterns found among Nilotic royal lineages, and yet it is also distinctive and unique.

Related reading: Sent-Away Sons; Nilotic Kings and Their Mothers' Kin on JSTOR; Jacob's Journeys; Sons Who Stayed Home; The Social Structure of the Biblical Hebrew; The Marriage and Ascendancy Pattern of Abraham's People