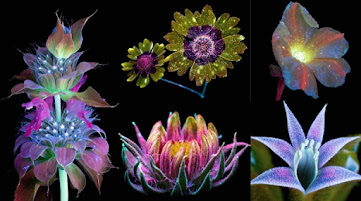 Judah said to Onan, "Sleep with your brother’s wife and fulfill your duty to her as a brother-in-law to raise up offspring for your brother." And Onan knew that the seed should not be his; and it came to pass, when he went in unto his brother's wife, that he spilled it on the ground, lest that he should give seed to his brother. And the thing which he did displeased the Lord: wherefore he slew him also. (Genesis 38:8-10)

The spilling of human semen (onanism) is regarded as an unrighteous act in the biblical worldview because this violates the divinely established order in Creation. The seed that should fall to the earth is the seed of the plants with roots in the earth. The seed of man should fall on his own type (the womb), from which man comes forth. This reflects the ancient wisdom that was informed by observation of immutable (fixed) patterns in nature. It is based on reality, not imagined entities or moral relativism.
In 191 AD, Clement of Alexandria wrote, “Because of its divine institution for the propagation of man, the seed is not to be vainly ejaculated, nor is it to be damaged, nor is it to be wasted.” (The Instructor of Children)
Onan and his brother Er are said to have died after they spilled their semen rather than fulfill the levirate marriage law which required that one of them produce a male heir for their deceased brother. They would have been wiser to have declined to act as the levir, as did the man to whom Boaz spoke in the book of Ruth (Ruth 4).
Levirate marriage
Though Judah's sons Er and Onan assumed the role of levir, both spilled their semen rather than produce an heir by Tamar. Their refusal may be due to rivalry between the brothers, and/or complications involving their own estates. Er and Onan were the sons of Judah by a daughter of the "Canaanite" ruler Shua (Gen. 38:1-11).
A brother could decline being the levir. This sometimes happened if marriage to the brother's widow endangered the inheritance or status of the levir's own heir. This appears to be the case with the man who was first in line to redeem Ruth.
Judah refused to fulfill the levirate law when he denied Tamar a third son in marriage. She then took matters into her own hands. Later Judah recognized that, "She is more righteous than I, since I wouldn't give her to my son Shelah." (Gen. 38:26)

Passing of the shoe
Levirate marriage is an extremely ancient practice in which the widow of the deceased brother marries one of his brothers. Levirate marriage is practiced by societies with a strong clan and caste structures in which exogamous marriage is forbidden. The practice is found among the cattle-herding Nuer and Dinka of the Nile. It also is found among the Igbo of southeastern Nigeria, and in the Punjab-Haryana region of Pakistan, and among early peoples of Central Asia such as the Saka and Kushan.
In the Punjab-Haryana region, if the levir ("dewar") refused to redeem his brother's widow, she spits in his presence and removes one of his sandals. Subsequently, the people of the town refer to him as "the one without a shoe." This sheds light on the redemption of Ruth and the transfer of her husband's inheritance at the city gate of Bethlehem.

Now in earlier times in Israel, for the redemption and transfer of property to become final, one party took off his sandal and gave it to the other. This was the method of legalizing transactions in Israel. (Ruth 4:7)

Related reading: The Bible and Imagined Morality; The Social Structure of the Biblical Hebrew: Inheritance; Tamar and the Theme of Two Sons
Posted by Alice C. Linsley at 1:34 PM