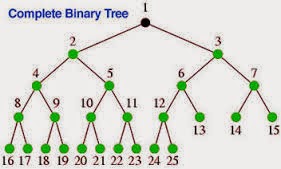 The ancient biblical writers saw a binary pattern in the order of creation. Binary refers to perceived sets of opposites like dark-light; male-female; Creator-creature; life-death, etc. Not everything that we regard as opposites represents a binary set in the Biblical sense, however. Tall-short; hot-cold are relative to the person judging. At 5 feet 5 inches, I would be considered short by a Watusi warrior, but a Pygmy would consider me to be tall.

The difference between the binary view and dualism is significant. In dualism the entities in the set are regarded as equal. Think of the philosophy of Yin-Yang. However, the biblical writers understood that one entity in the fixed binary set is superior in some way to the other. Males are larger and stronger than females. The Sun is greater than the moon. In Genesis we read that God created two great lights in the heavens: the greater (Sun) to rule the day and the lesser (moon) to rule the night. The superiority of the male and the Sun are not value judgments. These represent empirical observation of a universal pattern. The binary worldview is found throughout the Bible and is especially evident in Genesis. Sometimes the binary distinction is rather subtle and easy to miss. Consider, for example, the binary set of hot and cool encounters with God. Abraham was visited “in the heat of the day” by God in three Persons (Gen. 18:1). The binary opposite is “in the cool of the day”, the time of God’s visitation to Adam and Eve in Paradise (Gen. 3:8). We have encounters with God described as hot and cool. We must always pay attention to such distinctions. In the first God has come to punish Sodom and Gomorrah, and in the second God has come to enjoy fellowship with the Man and the Woman.

Men and women are ontologically equal in that they are both created in the image and likeness of the Creator. Nevertheless, it is universally observed that males are larger and stronger than females and that they naturally perform quite different tasks. The male-female binary set was employed by Paul in his exploration of the nature of the relationship between Christ and his Church. It is like the relationship of the sun and moon. In the ancient world the sun represented the masculine principle and the moon the feminine principle. These gender assignments are evident, for example, in Spanish - el sol and la luna, and in other languages that share a common proto-Afro-Asiatic system of roots. When Genesis 1 describes the sun as the greater light this pertains not only to its size, the strength of its light and the intensity of its heat. The reality is that it is the source of all light and warm. The moon merely reflects the light of the sun (refulgence). This is another way to describe the relationship between Christ and his Church. Paul says that he is exploring a mystery. Christ is the great light and source of life. His people reflect His light and life. Heaven is greater than earth. God is greater than humans. Were it not so, God could not stoop to save us. In emptying Himself (kenosis) Jesus Christ shows Himself to be the greater and the only one able too save. Without the binary view the Gospel would be meaningless. Christ's kenotic act would be senseless.

There are two "passovers" in the Old Testament. The passover associated with Moses involving the lamb's blood streaked on the lintel and door posts. Because of this blood, death passed over these houses. Likewise the scarlet cord hanging from the window of Rahab's house preserved all those within when death came to Jericho. It is interesting that the blood and blood symbol in these two stories: the horizontal streak on the lintel, and the vertical red cord form a cross. The two narratives point us to Christ whose blood brings deliverance. 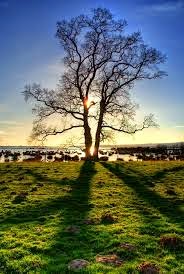 Trees and Crosses at the Sacred Center

We have a cross also when we consider the location of the two trees. Judges 4:4-6 says that the Palm of Deborah, was between Ramah and Bethel in the hill country of Ephraim (a north-south axis). Genesis 12 that tells us that the Oak of the Moreh was between Bethel and Ai (an east-west axis). The intersection of east-west and north-south provides another image of the cross. The two narratives must be taken together to gain this picture.

The point of intersection of the north-south axis and the east-west axis was regarded as the sacred center. In the ancient world, sacred centers were often marked by trees. Genesis 2:9 says that the Tree of Life was in the sacred center of the garden. The Church fathers understood this to be an allusion to the cross upon which Christ died to give life to the world. The cross is called a “tree” in Scripture. Deuteronomy 21:22-13 is an example: “If a man guilty of a capital offense is put to death and you hang him on a tree, you must not leave the body on the tree overnight. Be sure to bury it that same day, because anyone who is hung on a tree is a curse of God. You must not defile the land the Lord your God is giving you as an inheritance.”

So Jesus, the Son of God, became a curse for us. He died, was buried on that same day, and rose again on the third day, proving that He is the Righteous Ruler long expected of His faithful Horim (Horite ancestors).

Thanks for offering this post as an expanded response to my comment. I will have to look for more binary sets when I am reading the Scriptures. I have a feeling your more expert eye much more readily spots these, but I appreciate the examples you have offered.

Are there any other reading sources on this issue you would recommend?

You will find helpful information in the articles listed under "related readings" and to those I would add one very important binary narrative.

When Mary Magdalene finds the tomb empty, she is so upset that she doesn't even recognize Jesus when He comes to her. From the Mary's mouth comes the proclamation Rabboni in Aramaic, which means Master. Then she runs to tell the disciples that she has seen "the Lord." Jesus is Master and Lord to Mary. This is the female counterpart of Peter's declaration: "You are the Christ, the Son of the living God." Mary is the first witness that Jesus himself is the immortal King, the "living God."