Conscious of Our Uniqueness as Humans 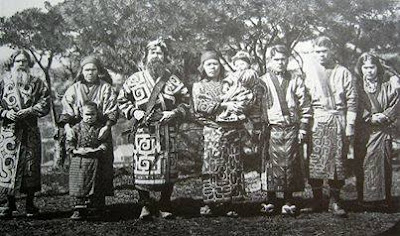 
Many aboriginal peoples have a name for themselves that simply means people, humans or human beings. In Genesis 1, Adam (adamah) means human, and in Genesis 2 Adam refers to a red human.

The Ainu are an aboriginal people of Northern Japan and the eastern seaboard of Canada. The word Ainu means human.

The ancient metal workers of Anatolia called themselves the Nes (NS) which means humans, and their language was called Nesli. There is a linguistic connection to modern Serbian. In Serbian nas means us, naš means our, naši means our people, naški means our language. 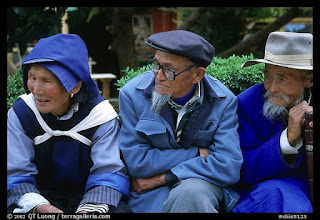 There is a Tibetan-Burmese population with the name Naxi. Naxi means "honored people."

The natives of the Aleutian islands call themselves "Anishinabe" which means "First Men" or "Original Men."

The Inuktitut word Inuit means "human beings." The Inuit are the "first people" of Baffin Island in Canada, the Northwest Territories, Greenland and Alaska.


It appears that the earliest populations self-identified as human, as distinct from other creatures. This is explicit in the story of Adam naming the animals. The Man and the animals are created from the same substance. They are formed from the earth and are earth creatures. As the story continues Adam discovers that he is unique. There is no other creature like him. He is alone until God fashions a companion for him, the woman.

Even some names given by paleoanthropologists to archaic populations work like this. For example. "Sahelanthropus tchadensis" simply means the humans of the Sahel and Lake Chad Basin.


Related reading: Adam Was a Red Man; A Kindling of Ancient Memory; Adam Named the Animals; On Blood and the Impulse to Immortality