How Reliable is the Book of Jasher?

I often am asked about the Book of Jasher, also known as the "Book of the Upright" (Hebrew: סֵפֶר הַיׇּשׇׁר; sēfer hayyāšār), or in the Greek and Latin translations, the "Book of the Just Man."
People wonder why it is not included in the canons held to be authoritative by Protestant, Roman Catholic, and Eastern Orthodox Christians. Other than rare references to Jasher in the Hebrew Scriptures (Old Testament), there is no evidence that there was a book at all. If anything, there were some writings attributed to Jasher and these appear to have been especially popular among some Jews and among those who held the Books of Enoch and the Book of Jubilees to be authoritative.
The Book of Jasher is one of at least 16 unknown books mentioned in the Bible: In the Old Testament:

In the New Testament:

2 Samuel 1:18 states parenthetically that David "bade them teach the children of Judah the use of the bow: behold, it is written in the book of Jasher." It has been argued that the "bow" refers to a song. However, Jasher Chapter 56 mentions teaching the sons the bow and this is clearly a weapon of war: "Only teach thy sons the bow and all the weapons of war, in order that they may fight the battles of their brother who will rule over them."
This bow reference is clearly a gloss on the text as it does not fit the context of David's lamentation over the death of Saul and Jonathan.
On the basis of 2 Samuel 1:18, some believe that the writings of Jashar must have been known in David's time (c.1000 BC), but others believe the Jasher references were inserted later since they reflect elements of Jewish mysticism. An example is found in Joshua 10:13 - "And the sun stood still, and the moon stayed, until the people had avenged themselves upon their enemies. Is not this written in the book of Jasher? So the sun stood still in the midst of heaven, and hasted not to go down about a whole day."
This belief that the fixed order of creation was altered is not consistent with the overall biblical view that God does not overthrow His original design, but instead uses natural events to aid or to punish, that is, to show divine favor or disfavor. The plagues of Egypt have natural explanations, though the timing of those events could only be attributed to God's intervention.
Jasher often does not align with the biblical data. Jasher 2:27-31 is an example. Here Jasher claims that Lamech killed Cain and then Tubal Cain by accident. This does not align with the biblical data. According to the data in Genesis 4, there are at least four generations between Cain/Kain and Lamech the Elder. 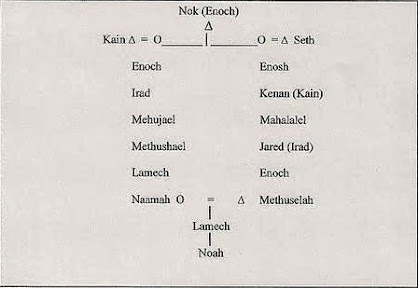 Jasher 10:28 states that Seir the Horite (Genesis 36) had seven sons. "And Seir the son of Hur, son of Hivi, son of Canaan, went and found a valley opposite to Mount Paran, and he built a city there, and he and his seven sons and his household dwelt there, and he called the city which he built Seir, according to his name; that is the land of Seir unto this day."

However, according to the biblical data, Seir had four sons and a daughter named Timna.

Many Jasher references are anachronistic. An example is Esau's combat with Nimrod's men in Chapter 27:8 - "And Esau fought a desperate fight with the two men that were with Nimrod, and when they called out to him, Esau turned to them and smote them to death with his sword." 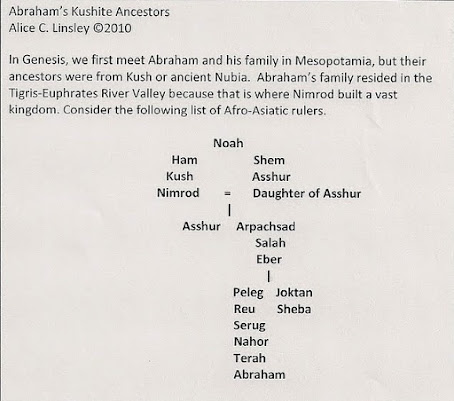 Nimrod was the great grandson of Noah. According to the biblical data in Genesis 4, 5 and 10, there are at about 10 generations between Nimrod and Esau.
There is sufficient conflict between Jasher and the biblical data to regard the Jasher tradition as less reliable than the canonical scriptures.
Related reading: Some Scholarly Views on Jasher; The Books of Enoch, Jubilees and Jasher
Posted by Alice C. Linsley at 9:07 AM