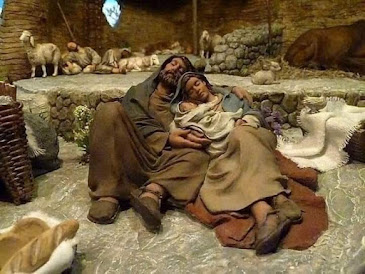 Luke's Gospel correlates the date of the nativity of Jesus to a census. "In those days a decree went out from Emperor Augustus that all the world should be registered. This was the first registration and was taken while Quirinius was governor of Syria."

Some scholars believe Luke is mistaken in saying that this was the "first registration" because the census of Jews in the Province of Syria, of which Judea was a part, was imposed later under Emperor Vespasian who ruled well after Jesus' death and resurrection.

The census was needed to collect the Jewish Tax (fiscus Judaicus), but the tax on Jews imposed by Vespasian came after the Jewish revolt of AD 66–73. To humiliate the Jews, the collection was used to support the Temple of Jupiter in Rome.

The first-century Jewish historian Josephus reports that the Jews reacted negatively to the tax census and some joined a movement led by Judas of Galilee, or Judas of Gamala. Judas led a resistance to the order of Governor Quirinius (Cyrenius) around 6 AD. Some Jews who did not to register had their houses burnt and their cattle stolen by his followers.

Josephus provides a clue as to what Luke meant when he wrote about the "first registration." Quirinius was under orders from Emperor Augustus who ruled from 27 BC until 14 AD. It is believed that Jesus was born in Bethlehem between 2-4 AD.
Historians cite 4 BC as the time of the death of Herod the Great, so the story about the Magi visiting him in Matthew 2 only aligns with Luke's account if the Herod to whom Matthew refers is Herod Antipas who reigned from 4 BC- 39 AD.

Apparently, Joseph and Mary did not join the rebellion of Judas of Galilee, though they were living in Nazareth of Galilee. They went to Bethlehem to register for the census and to pay the tax. Given that it takes a while to organize a resistance movement, it is likely that the edict of Quirinius was issued between between 3-5 AD. Luke's account aligns well with the historical data.

A tax targeting Jews required identifying who was Jewish. The Code of Jewish Law states that a child of a Jewish mother is Jewish, regardless of the father's ethnicity and lineage. The Romans recognized this Law and used it to impose a tax selectively on Jews.

Jews were registered in their mother's ancestral town, which for Mary was Bethlehem. Joseph appears to have been from Nazareth, the home of the eighteenth priestly division, ha·pi·TSETS (Happizzez) and the hometown of Mary’s father, Joachim. (In 1962, a small piece of a list of the twenty-four priestly divisions was found in the ruins of a synagogue at Caesarea. This third-century marble fragment is inscribed with the names of the settlements of four of the divisions, including Nazareth of Galilee.)

The Jewish Law defining Jewish ethnicity and the tax targeting Jews required that Mary and Joseph return to Bethlehem, the hometown of Mary and her mother Anna. There the mother, her husband, and any children would be counted in the census, and the tax assessed and paid.


Related reading: The Priestly Divisions; Behold! A Virgin Shall Conceive; Was the Virgin Mary Dedicated to the Temple?
Posted by Alice C. Linsley at 6:45 AM