Survey of Women in Genesis

Women are often the hidden persons in Biblical narratives. However, knowledge of the marriage and ascendancy pattern of the Horite and Sethite Hebrew rulers, enables us to identify the relationships of many women to the rulers and to better understand their importance.
The names of some women are not given in the Bible. An example is Bathsheba, Solomon's mother. She is identified with the ancient royal house of Sheba. Abraham's second wife Keturah was of that royal house also.
As the daughters and wives of ruler-priests, warriors, metal workers, tomb builders, and scribes, most of the women in Genesis (and Exodus) held high status in their communities.
The high-ranking Hebrew rulers had two wives and the Hebrew hierarchy of sons was based on the position of the wives.
This is a survey of women in Genesis and a few in Exodus. They are grouped according to four categories. A survey of all of the women in the Bible would uncover these same four categories. 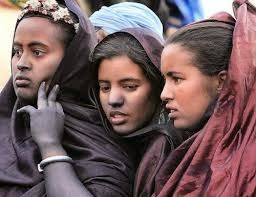 Category 2: Named but Voiceless
These women have no voice in the Biblical narratives:

Category 3: Named and with a Voice


Related reading: The Daughters of Horite Priests; The Bible as The Woman's Story; The Virgin Mary's Ancestry; Wells and Brides; The Marriage and Ascendancy Pattern of the Horite Habiru; Two Named Esau; The Judges Deborah and Huldah