With the name Issachar we find layers of meaning.


God listened to Leah, and she became pregnant and bore Jacob a fifth son. Then Leah said,“God has rewarded me for giving my servant to my husband.” So she named him Issachar. (Gen. 30:17,18)

1. Ish sacar means "man of hire" and may be a reference to Leah's mandrake plant which she gave to Rachel in exchange for Jacob's sexual attention. 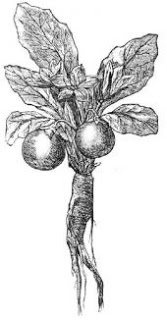 The Mandrake (shown right), with parts resembling ovaries or testicles male, was regarded as a stimulate to sexual desire and fertility. This is why the infertile Rachel desired it.

The Mandrake usually grows in wheat fields. It was here that Reuben, Jacob's first born son, found the plants at the time of harvest and brought them to his mother Leah (Gen. 30:14). Anxious to conceive, Rachel bargained with Leah, saying that Jacob would sleep with Leah in exchange for the plant.

The Mandrake consists of several large dark green leaves that lie flat upon the ground forming a rosette. In winter, a cluster of purple flowers appears in the center of this rosette. The root of the mandrake can be several feet long and weigh several pounds. The ovary or testicle-shaped fruits, mentioned in Song of Songs, are produced in the early summer and have a fragrance like ripe cantaloupe. The fruits are green when they first appear and turn a deep gold color when mature.

2. Yesh sakar means "there is a reward/recompense" and refers to Leah's belief that Issachar's birth was a divine reward for giving her handmaid Zilpah to Jacob as a concubine. According to Genesis 46:18, Laban gave Zilpah to his daughter Leah to be her maid when she was married to Jacob.

Perhaps Leah's reward comes from the service that Zilpah's sons Asher and Gad would render to Issachar. Issachar ranks higher than Asher and Gad in the socio-political structure.

Those to camp on the east side toward the sunrise shall be of the standard of the camp of Judah by their companies, the chief of the people of Judah being Nahshon the son of Amminadab, his company as listed being 74,600. Those to camp next to him shall be the tribe of Issachar, the chief of the people of Issachar being Nethanel the son of Zuar, his company as listed being 54,400. (Num. 2:3-6)

Leah's insecurity is recompensed through the elevation of her son.

This also sheds light on the relationship between Jacob's sons and the apportionment of land and settlements to their descendants. This is the situation described in Genesis 35:11 which speaks of "kings" among Jacob's posterity.

3. Ish Sokar means "man of Sokar" and Sokar is a reference to Horus. His totem is the falcon and he wear the double crown of Upper and Lower Egypt. In other words, Sokar/Horus unites the peoples.

Since Jacob was a Horite, this last meaning of the name Issachar is certainly possible. It would mean that Jacob's ninth son was dedicated to Horus or Sokar. Sokar refers to the work of Horus in bringing resurrection from the dead.

This theory is consistent with the number nine as a sacred number among the Horites, especially those associated with On (Heliopolis). The name On appears in Proto-Dravidian words for the number nine - tondu and onpadu. Du is a suffix in these words.

There is evidence that the ninth son, the ninth generation, and the ninth part was dedicated to the Deity so that words like Horus/Sokar, Asa/Asha/Azu, Yahu/Jah, or El/Al appear in their names. Ish Sokar or Issachar was Jacob's ninth son.

Five of David's "nine other sons" have names for God: Elishua, Elpelet, Elishama, Eliada, and Eliphelet. (I Chronicles 3:6-8)

The ninth toledoth of Genesis introduces the Horite rulers of Edom: "These were the sons of Seir the Horite, who were living in the region: Lotan, Shobal, Zibeon, Anah, Dishon, Ezer and Dishan. These sons of Seir in Edom were Horite chiefs." (Gen. 36: 20-21)

Scholars agree that this phrase: "These are the generations [toledoth] of..." introduces colophons or king lists. The formula is used eleven times throughout the Book of Genesis. "Genesis" is the Greek version of the Hebrew toledoth, meaning generations.

In the listing of kings in Genesis 4 and 5 we find the name Lamech. Lamech the Elder had a daughter Naamah who married her patrilineal cousin Methusaleh and named their first born son Lamech after her father. Lamech the Younger, the son of Methuselah and the father of Noah, was the ninth of the pre-flood rulers listed in Genesis 5.

The Son/Seed of God died at the ninth hour. 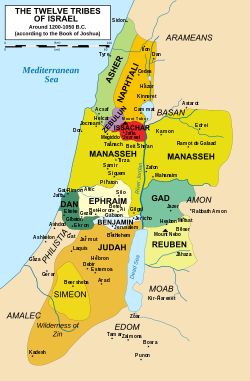 The leaders of Issachar were "men who understood the times, and knew what Israel ought to do." (1 Chronicles 12:32)


The blessing of Jacob upon his ninth son is descriptive: "Issachar is a strong ass lying down between two burdens: and he saw that settled life was good, and the land was pleasant; and bowed his shoulder to bear, and became a servant unto tribute." (Gen. 49:14,15)

Jacob likens his ninth son to the hearty wild donkey which is well adapted to survival in difficult terrain. The territory of Issachar (red region on map) was between Manasseh and Manasseh. These much larger territories to the east and the west were Issachar's burdens.