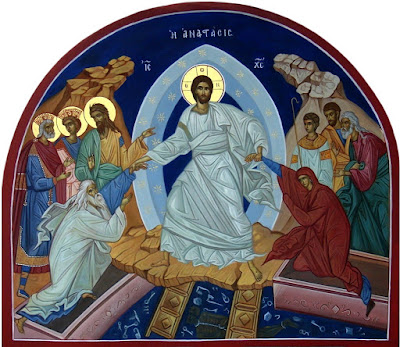 The Bible presents Adam in at least three ways.
1) Adam and Eve are the historical first parents from whom the Horite Hebrew clans descend. The historicity of Adam is proven by analysis of the kinship data found in Genesis 4 and 5 king lists. The historical Adam was the father of Cain and Seth who married their cousins, the daughters of a ruler named Enoch. Cain is described as an early city builder and Seth is the founder of the Sethite Hebrew who are mentioned in texts from 2400 BC. This means that the historical Adam probably lived between c.4600-4000 BC.

The historical Adam is the eponymous founder of the mound building Horite and Sethite clans. His homeland is the vast well-water region called Eden; the part of the world where the some of the oldest human fossils have been found. In Genesis, people groups and their regions are identified with a founder or early eponymous ancestor. (An eponym is a person after whom a clan or place is named.) There are many such clans, but the earliest in Genesis are the clans of Adam and Enoch. A deep structural analysis reveals that their descendants intermarried (endogamy).
Cain and Seth married the daughters of a ruler named Enos/Enoch/Enosh, and their brides named their first-born sons after their father. (See diagram below.) Enoch/Enosh is a royal title referring to succession. Enoch is derived from the Ancient Egyptian anochi which is the royal first-person pronoun.

Among the Igbo, anochie means “a replacer” or “to replace” and among the Ashante the word ano kyi means "Ano Junior." In these cases, we find the idea of succession, suggesting royal lineages. A Nigerian philologist friend reports that Anochie also means "direct heir to a throne." Therefore, the biblical name "Enoch" is associated with royal ascendancy. That may explain why the words Enoch and adam are paralleled in Psalm 8:4.

“What is man [enosh] that you are mindful of him,
the son of man [ben adam] that you care for him?”

Adam's name refers to blood (dam) and the color red. His descendants are remembered as red people. One of those descendants is Abraham who ruled in the territory of Edom. The Greeks called Edom "Idumea," which means "land of red people." The rulers, priests, and prophets of Edomite blood are described as red: Esau and David are examples. Some of the red peoples are listed in Genesis 10. They are identified by the DD biradical, which refers to the color red. In ancient Egyptian didi refers to red fruit. In Yoruba, red is diden, a variant of the biblical word Dedan (Gen. 10).
2) Adam and Eve are meta-historical figures whose actions present us with a moral lesson. The story in Genesis 2 has the marks of myth, and myths speak truths in a manner different than history. Adam's time is long in the past. His place is a mythical garden where he communes with the Creator. Perhaps Adam and Eve enjoyed close communion with God for thousands of years before Eve succumbed to the serpent. Perhaps they matured experientially, but not physically. In this view, they are above time and ageless.
3) The Adam of which Paul speaks is analogical, not historical. Paul's analogy involves a typical Hebrew parallelism between Adam by whom sin and death entered and the New Adam, Jesus Christ, by whom sin and death are overcome. Clearly this analogy is not intended to be taken as history, unless we are to believe that people before 6000 years ago did not sin and did not die.

Paul's analogy identifies Jesus as the long-awaited Messiah. This is depicted in the icon of the resurrection above. Adam is representative of the first humans created by God and unique among all creatures in that he is created in the image of the Creator.
This view poses Adam is the father of all humanity in order to make the anaology work. By the first Adam sin and death enter and by Christ the second Adam the curse of sin and death is reversed.
Conclusion

Related reading: Adam Was a Red Man; The Genesis 10 Ethnography; The Royal Descendants of Adam and Enoch