The Biblical Symbolism of the Pomegranate 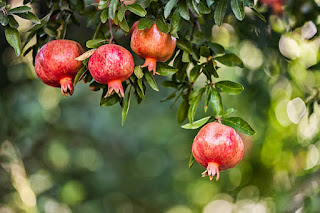 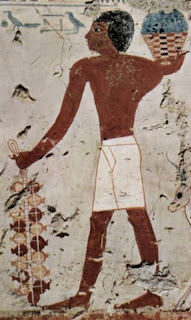 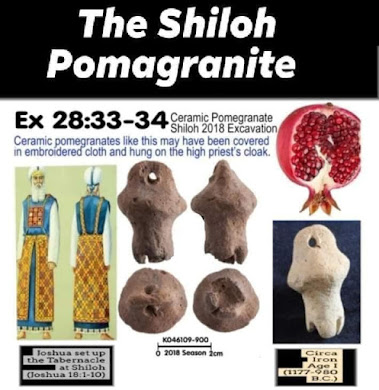 The Tyrian master craftsmen Hiram carved pomegranates onto the capitals of the pillars at the entrance to the Holy of Holies.
"He made pomegranates in two rows encircling each network to decorate the capitals on top of the pillars. He did the same for each capital." (1 Kings 7:18)
The presence of clay pomegranates in Iron Age graves indicates its symbolic association with the hope of immortality.
Pomegranates have been found in some of the Iron Age graves at Wadi Fidan (Southern Jordan). This cemetery appears to be a burial site of ancient Edomites, Israelites, and Midianites.
The pomegranate was first cultivated in Mesopotamia and spread throughout the Levant. Carbonised remains of pomegranate peels have been found from the Early Bronze Age in Jericho and Arad.
Bronze Age in Jericho and Arad as well as in Iraq, Lebanon, Greece and Spain
(Nigro and Spagnoli 2018: 51).
Related reading: The Golden Pome; Thomas E. Levy, Ethnic Identity in Biblical Edom, Israel and Midian; 8000 Year History of the Pomegranate
Posted by Alice C. Linsley at 8:41 AM