God's Promise to Abraham and Sarah 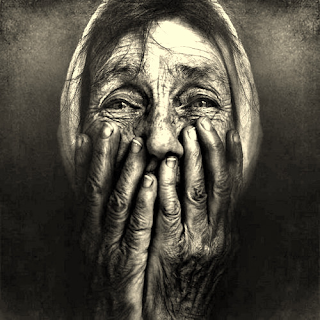 Sarah laughed to herself, saying, “After I am worn out, and my lord is old, shall I have pleasure?” The Lord said to Abraham, “Why did Sarah laugh and say, ‘Shall I indeed bear a child, now that I am old?’ Is anything too hard for the Lord? At the appointed time I will return to you, about this time next year, and Sarah shall have a son.” But Sarah denied it, saying, “I did not laugh,” for she was afraid. He said, “No, but you did laugh.” (Genesis 18)

Sarah was Abraham's first wife and his half-sister. They had the same father but different mothers. Sarah was a wealthy, high-born woman whose name is derived from the Akkadian word for queen: šarratum. As Abraham's first wife and half-sister, Sarah was expected to provide him an heir.
Abraham's lament before God was that he had no proper heir. According to Horite/Hurrian family law Abraham's recourse was to appoint as his heir a son born to one of his concubines. After many years of waiting, Abraham decided to make Eliezar, son of Masek (Septuagint, Gen. 15:2) the steward of his territory.
Eliezar was probably born to the handmaid of Keturah, Sarah's rival. This would have been salt in Sarah's wound. She attempted to avoid this by giving her handmaid Hagar to Abraham to bear him an heir "on Sarah's lap/knees" according to Horite/Hurrian family law.
Masek and Hagar are to Abraham's household what the concubines Zilpah and Bilhah are to Jacob's household. They built up the ruling houses of these patriarchs by producing many offspring. If their kinship pattern remained consistent, we may reasonably suspect that Hagar and Masek were the servants of Sarah and Keturah, just as Zilpah was the servant of Leah, and Bilhah the servant of Rachel (Gen. 30).

Sarah's sorrow turned to joy
Sarah resided in the region of Hebron, at the northern boundary of Abraham's territory. She had many servants, craftsmen, herdsmen, shepherds, and warriors to supervise in the absence of her husband. Abraham spent some of his time in the area of Beersheba where his cousin wife, Keturah, resided. Keturah's settlement was at the southern boundary of Abraham's territory.
In the marriage and ascendancy pattern of the Horite Hebrew rulers, the proper heir to the father's territory was the first-born son of the first wife, the half-sister wife. As Sarah was barren, Abraham had no proper heir. This was a cause of great sorrow for Sarah. In her society to be barren was a heavy burden and a cause of great sorrow since she could not bear an heir for her ruler husband. Sarah had everything, except the one thing she needed to fulfill her role as the wife of a ruler.
Imagine Sarah's joy when she found that she was pregnant! Though she had initially laughed out of disbelief, when Isaac was born, her laughter expressed jubilance (Gen. 21:6). The Hebrew verb “to laugh" has the initial צְחֹק (in a rare participial form). It refers to Sara's laughter upon giving birth to the son who would rule over his father's territory.
Abraham was a hundred years old when his son Isaac was born to him. Sarah said, “God has brought me laughter, and everyone who hears about this will laugh with me.” (Gen.21:6)
Abraham's heir was named Isaac (Yitzak) which is related to the Assyrian word zaq which means "to burst out laughing" and to the Ugaritic word for laughter: tzakhak. As Isaac would become a powerful ruler in ancient Edom, his name may also be related to the Akkadian zaqâru which means "to rise high."
Related reading: The Barren and Grieving Rejoice; The Years of Waiting for the Promised Heir; Abraham's Complaint; The Hebrew Hierarchy of Sons; Abraham the Hebrew; Isaac's Wealth; Concubinage Among the Hebrew
Posted by Alice C. Linsley at 3:53 PM