Where Did Noah's Ark Land? 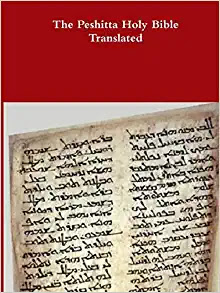 The Peshitta is a version of the entire Bible read by Syrian Christians. The Old Testament of the Peshitta was translated from the Hebrew, probably in the 2nd century A.D. and is a late recension. This is the Bible that St. Ephrem the Syrian knew.
In the Peshitta, Genesis 8:4 says that Noah's Ark landed in the “mountains of Quardu.” Quardu is an Akkadian word that refers to warlike mountain people. (See The Origin of Kurds, p. 77) These warlike mountain people were in the R1b Haplogroup, the same haplogroup as Noah and his sons.

A reader of Just Genesis has suggested that Noah's Ark landed on Ararat because that area is mainly populated by Armenian and Assyrian Turks who are the "new kids on the block", but the land is called "Hyastan" after Haig or Haicus who the Armenians regard as the son of Togarmah (Gen. 10). Hyastan means "Land of Hiacus" and the Armenians call themselves Haiks.

I wouldn't be surprised that Japhid/Japheth has a connection to the Lake Van area. The descendants of Japheth are found in Europe, especially in Hungary, Turkey, Pakistan, Mongolia. There are also some in the Nile Valley. This explains the linguistic similarity between some Afro-Asiatic roots and some Turkish, Pashtun and Mongolian roots, including Jochi, Beri, Malik and Khan.

Genghis Khan married a woman of the Olkut’Hun, or Ogur Hun meaning the Hun clan/community. The word ogur means clan/community and appears to be equivalent to the Pashto orkut, meaning community. It appears that ogur, orkut, and olkut are cognates and likely related to the Kandahar dialect, which has Tir-hari as a principal dialect. Tir is a form of the name Tiras, mentioned in Genesis 10, and hari is a form of the word for Horite. Genghis Khan married into a community which had ancestral connections to Abraham's Horite Hebrew people.
In the Hungarian origin stories, Nimrod had two sons: Magor and Hunor. Magor is the equivalent of the Afro-Asiatic name Magog and the Hungarian word Magyar. Magyar is the name for the Hungarian people. Some Magyar still live in the Upper Nile area where they are called the Magyar-ab, the Magyar tribe.

The descendants of Japheth appear to have been geographically separated from Noah's other 2 sons whose lines intermarried. However, Genesis 9:27 suggests the clan of Japheth remained in close contact with the other Hebrew clans. "God shall enlarge Japheth, and he shall dwell in the tents of Shem." (Gen. 9:27) The early Hebrew clans intermarried (endogamy), and geographical distances apparently did not impede the exchange goods, or the movement cargo along the major river systems. The dispersion of the early Hebrew kingdom builders has been reasonably well demonstrated by comparative religion, linguistics, onomastics, archaeology, and anthropology.

These populations associated with Noah and his people in Gensis 10 are in Haplogroup R1b which has a high concentration in the region of lake Chad, Noah's homeland. However, the dispersion of the R1b peoples took place before the tie of Noah (C.4100-4000 B.C.) and was complete by 40,000 years ago. 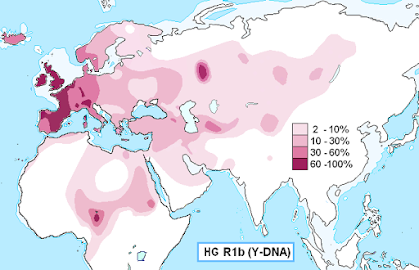 The archaic rulers controlled major water systems and mountain ridges at a time when Africa, the Levant, and Mesopotamia were much wetter. The descendants of Japheth moved into the region of what is today Hungary and some Magyar-Ab reside in the Nile Valley.

The data of Genesis acknowledges an eastward movement out of Africa. Adam and Eve went east. Cain went east, and we find Cain's descendants, the Kenites, living in Canaan. However, the evidence suggests that the biblical Noah lived in the area of Lake Chad. This is the only place on earth that is claimed by the indigenous peoples to be his homeland. The local Kanuri people call Lake Chad Buhar Nuhu, meaning "Sea of Noah."  Two regional names mean the "land of Noah" - Borno and Benue.

Interesting. Years ago I attended a series of lectures by a bogus and descredited archaeologist who claimed to have found the Ark's final resting place, amongst other discoveries. Still, if the size of the audience was any guide, lots of people were taken in by him.

It is doubtful that the ark would be found, considering that it was constructed of reeds that would have disintegrated thousands of years ago. Looking for Noah's ark to try to prove the Bible is true is a waste of time. There is plenty of evidence to reveal the veracity of the biblical accounts using the investigative tools of Biblical Anthropology.