The Pyramids of Bosnia


The Bosnian Pyramid Valley consists of the five pyramids. 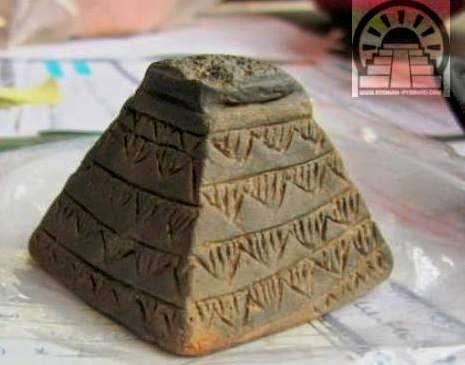 According to Wikipedia everything is fabricated and a hoax and these pyramids are random hills. However, there is no doubt that the people living in the Visoko region were pyramid people. Here is a photo of a votive pyramid unearthed in Visoko. It dates to ca. 5th millenium BC. These were likely the ancestors of the Kushan who constructed similar pyramids in the Tarum Valley of China.


Here’s an image gallery of the Bosnia pyramids

This tunnel is reinforced with timbers, but the original is very similar to the well-preserved fogou at Carn Euny in Cornwall, England. Genetic and linguistic studies indicate that ancient stone masons from Serbia migrated to South Western England.

There is little doubt that thousands of years ago rulers were building pyramids across the surface of the earth. The pyramids reflect a fairly sophisticated knowledge of astronomy and architecture. The Visocica hill that rises above the town of Visoko, near Sarajevo, appears to be a natural mound worked by humans probably no earlier than 5000 years ago.


Semir Osmanagic investigated the site in his homeland. "The hill was already there," he said. "Some ancient civilization just shaped it and then coated it with this primitive concrete -- and there you have a pyramid."

Ancient sites such as pyramids, tombs and fortresses often align with the cardinal points and open to the east and/or west. The alignments of many ancient sites appears to reflect knowledge of sidereal astronomy. Some sites align to the point of origin of the people who built them. Old Arabic is sometimes called "Dedanite" because that is where the largest concentration of old Arabic scripts has been found. The oldest mosques were aligned to a site in Dedan.

Number Symbolism of Pyramids and Shrines

The number 72 represents the number of years it takes for the constellations to move one degree due to precession. The Great Pyramid and Angkor Wat are nearly 72° apart, along the circle's circumference (diagram below). It has been noted also that Angkor Wat is located 72° of longitude east of the Pyramids of Giza. Angkor is related to the ancient Egyptian Anhk-Hor, meaning "Long live Horus."

Point I represents Har-Appa in the Indus valley. Har-Appa means "Horus is Father."

Point M is the pyramid at Machupicchu with 72 steps. Point E is Easter Island.

The number 72 also represents deified rulers, or Horim. In Exodus Moses and Joshua appointed 70 elders to serve with them. In the Qur'an there are 72 Houris. These are not full-breasted virgins to be enjoyed by martyrs in the afterlife. In a note to his fellow hijackers, September 11 ringleader Muhammad Atta reminded them of their impending "marriage in Paradise" to the 72 virgins or Houris. Islamic extremists refer to suicide bombing as a "wedding to the black-eyed in eternal Paradise." However, the shock of Atta's afterlife will be to discover that the 72 Houris are, as Arabic scholar Dr. Maher Hathout argues "beings of distinction."

The walls of Eredo are about 72 feet high and run a length of about 100 miles, making this Africa's largest monument. The British archaeologist Patrick Darling is credited with drawing world attention to the discovery of the Eredo system of walls. He reports, "We are not linking what we found to a city, but to a vast kingdom boundary rampart."


In the ancient world the people who were experts in mining operations were also responsible for building excavated tombs and pyramids such as those found in Bosnia and the Tarum Valley of China. This continued to the time of Jesus. Joseph of Ar-Mathea was a mining expert who had business and probably family in Cornwall, England. He was also a tomb builder. Jesus' body was laid to rest in Joseph's own tomb. This would have been a tomb fitting for a ruler-priest. Joseph was a member of the Sanhedrin.


Related reading: Results of Tests of Water in the Bosnian Pyramid Valley Bosnian Mound Could Be a Pyramid; Twin Pyramids and Sphinx in Zinder; Kushan Pyramids in Xian China; Ancient African Astronomers; Seventeen Undiscovered Pyramids Seen From Space; More Pyramids in Sudan; Solving the Mystery of the Ainu